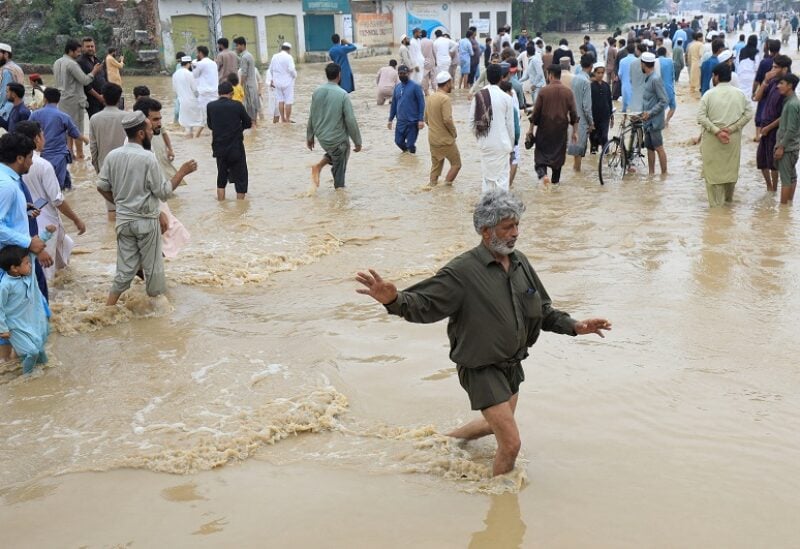 A man balances himself as he, along with others, walks on a flooded road, following rains and floods during the monsoon season in Charsadda, Pakistan August 27, 2022. REUTERS/Fayaz Aziz

The Saudi Ministry of Foreign Affairs expressed its solidarity with Pakistan and its people on Saturday, following the terrible monsoon rains and flooding that killed hundreds and affected tens of thousands.

In a statement posted on its official Twitter account, the ministry said it “expressed the Kingdom’s sincere condolences and sympathy to the families of the deceased and to the Government of Pakistan due to this painful incident, wishing the injured a speedy recovery and those missing a safe return.”

In figures released Sunday by Pakistan’s National Disaster Management Authority (NDMA), the death toll from monsoon flooding in Pakistan since June has reached 1,033.

This year’s monsoon flooding has affected more than 33 million people, according to officials, destroying or badly damaging nearly a million homes.