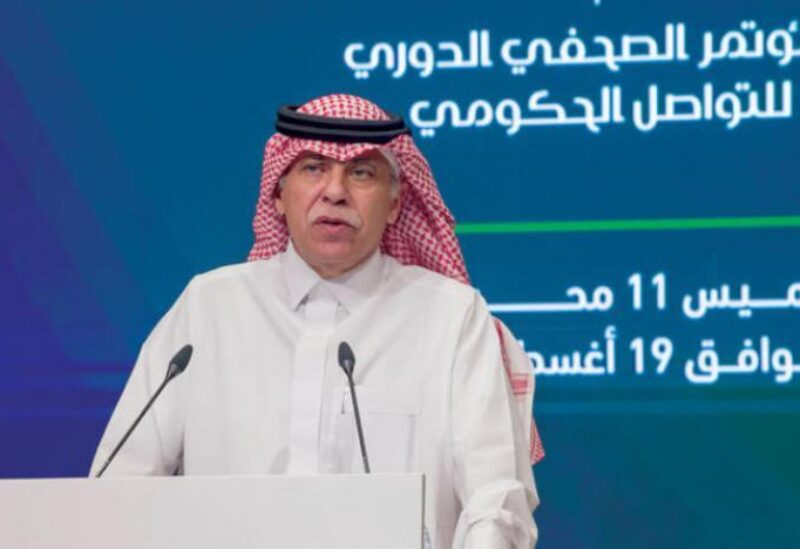 Saudi Minister of Education Dr. Hamad Al Al Sheikh said that 120,000 amendments were made to about 89 existing books in the newly developed Saudi educational curricula. This is in addition to 34 books and syllabuses that have been developed, bringing the total of the new changes to 52 books.

His remarks came during the periodic government communication conference, which was held in Riyadh on Thursday, in the presence of acting Minister of Media, Dr. Majid Al-Qasabi, and the education minister.

Saudi Arabia began preparing for the launch of the academic year to end nearly a year and a half of distance learning due to the Covid-19 pandemic. The new academic year, which begins on Aug. 29, will see the implementation of new curricula, three-semester study plans and an increase to 40 percent in the percentage of female teachers in the early school stages.

The academic year will be in attendance for students, who received two vaccine doses, in university, applied colleges, technical training, intermediate and secondary levels. Primary and kindergarten students will continue to study remotely through the “Madrasati” (My School) and “Rawdati” (My Kindergarten) platforms, until their return to school at the end of October.

Thirty-seven percent of students in the secondary and intermediate levels have already received two doses of the vaccine, while 93 percent received only one dose.

Qasabi said that the Saudi health passport has become globally recognized through the Tawakkalna app, where an operational protocol agreement was signed between the Saudi Authority for Data and Artificial Intelligence, the Civil Aviation Authority, and the International Air Transport Association (IATA).

The curve of daily Covid-19 infections in Saudi Arabia continued to decline, as the Ministry of Health announced on Thursday the registration of less than 500 cases for the first time since last March.