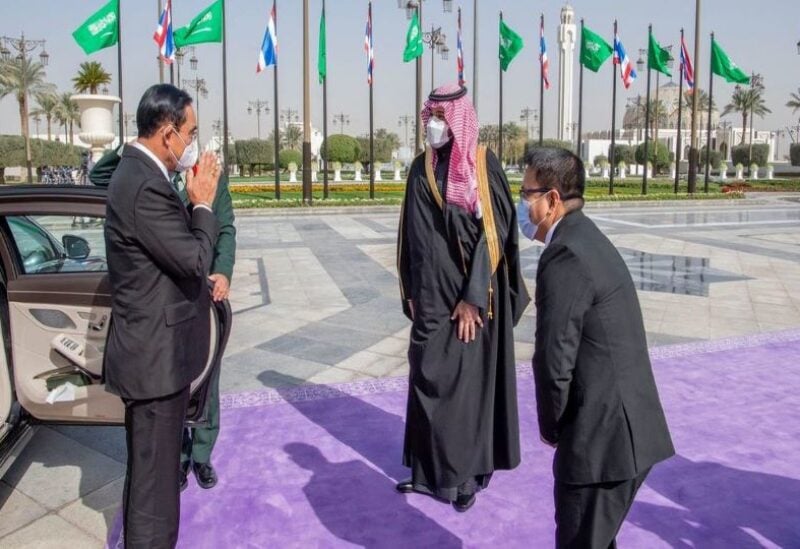 Saudi Arabia and Thailand agreed to fully restore diplomatic ties and agreed to swap ambassadors in the near future, according to a joint statement published by the Saudi foreign ministry on Tuesday.

“The two sides agreed on important steps that would strengthen bilateral relations, including: appointing ambassadors in the two capitals in the near future, and establishing a consultative mechanism to strengthen bilateral cooperation, where communication will be intensified in the coming months to discuss bilateral coordination in key strategic areas,” according to the statement.

“Discussions included ways to strengthen and enhance economic and trade relations between the two countries through exploring investment and opportunities available in light of the Kingdom’s Vision 2030, and Thailand’s development priorities, which include the policy of a dynamic – circular – green economy, as well as discovering new areas of cooperation, such as renewable energy and the environment, digital transformation, and cybersecurity,” the statement added.

After a diplomatic disagreement over the theft of roughly $20 million in jewels by a Thai janitor working in the palace of a Saudi royal in 1989, known as the “Blue Diamond Affair,” Saudi Arabia degraded its relations with Bangkok.