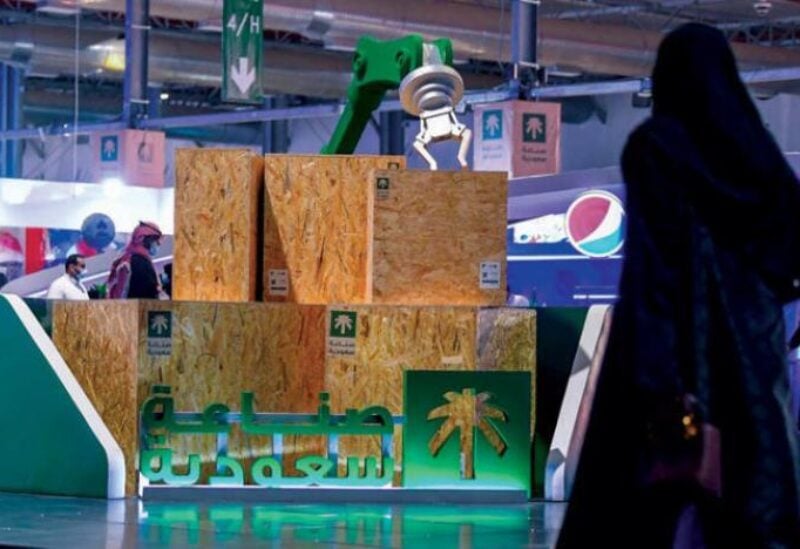 The Saudi Ministry of Industry launched the Made in Saudi Arabia exhibition, meanwhile, experts expect the industrial sector in the Kingdom to grow by 5 to 6 percent, in parallel with an increase in global partnerships thanks to the competitiveness of national products.

Held under the slogan of “Our Industries, Our Successes,” the Made in Saudi Arabia exhibition falls within the activities of the Riyadh season and will last for three consecutive days.

250 parties featuring 4,500 products participate in the exhibition, in addition to more than 15 workshops led by more than 30 speakers.

The exhibition is aimed at presenting Saudi products among consumers and stimulating investments within the industrial sector in the Kingdom, thus consolidating the sector’s position on the global map.

Abdallah Al-Khorayef, head of the National Industrial Committee at the Chamber of Commerce and Industry in Riyadh, expects the sector to grow by 5-6 percent during 2022 in light of an expected increase in factories.

In remarks to Asharq Al-Awsat, Al-Khorayef said that a plan set by the Saudi government for the sector would create a coherent environment that promotes the growth of industries. He said the Kingdom was determined to raise the GDP of non-oil products by increasing exports, in line with Saudi Vision 2030.

He noted that Riyadh was currently hosting the Made in Saudi Arabia exhibition, some weeks before the International Defense Exhibition, with the aim to promote Saudi products and encourage global investors to establish factories inside the Kingdom.

Al-Khorayef added that these exhibitions are held with the support of the Local Content Authority and the Military Industries Authority, within initiatives to localize industries, transfer technologies, and experiences, and create great industrial opportunities.

The head of the National Industrial Committee at the Riyadh Chamber of Commerce and Industry pointed to an increase in the number of licensed factories, which currently reach more than 11,000 inside the Kingdom.

“Separating energy from industry has increased the focus on the industry and mineral wealth sector and contributed to the creation of an integrated industrial system. This would strengthen the entire sector… and lead to an increase in local content, in addition to supporting exports and enhancing the competitiveness of Saudi products in global markets,” he told Asharq Al-Awsat.

For his part, Fadl Al-Buainain, member of the Shura Council, stressed that the Kingdom was determined to localize industries and enhance the competitiveness of Saudi industrial products in global markets, noting that Vision 2030 focused on the industry to ensure the creation of a base for economic diversification along with other sectors.

In remarks to Asharq Al-Awsat, Al-Buainain explained that Saudi Arabia has provided incentive packages to the industrial sector, including exemptions, reducing fees, and providing financing, in addition to building the adequate infrastructure that attracts investments, launching important initiatives to localize the industry and raise competitiveness, and invest in the Kingdom’s human resources.

Made In Saudi Arabia

According to Al-Buainain, the goal of the “Made in Saudi Arabia” initiative is to support national products and services at the local and global levels and to enhance the “culture of loyalty to the national product”, which contributes to the localization of industries and achieving self-sufficiency in the future.

The Industrial Development Fund plays an important role in localizing the industry by providing the necessary funds, he stated, adding that the Export Bank also contributes to offering guarantees and financing for industrial exports, which means direct support to the industrial sector.

“If we take into account efforts to strengthen the role of small and medium enterprises, which are the base of industrial and economic diversification, we will better understand Saudi Arabia’s determination to achieve its goals of localizing industry, diversifying its sources, transferring its modern technologies, and investing the tools of the Fourth Industrial Revolution, which may have formed the basis of modern industrial transformation in the Kingdom,” he underlined.

Based on the current indicators, Al-Buainain pointed to many new factories and an increase in the flow of foreign industrial investments, as well as the strategic vision towards Jazan City for Basic and Transformative Industries, Ras Al-Khair City and some other industrial cities. He expects the industrial sector to witness a steady growth, and a diversification in industries and technologies.