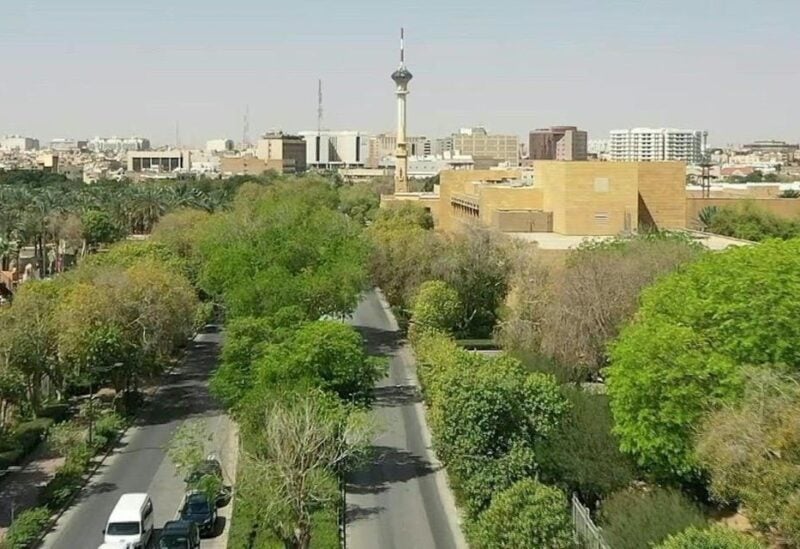 The Green Riyadh project aims to create a greener and more eco-friendly city by planting 7.5 million trees by 2030 according to the project’s director, Abdelaziz al-Moqbel.

Some 3000 urban parks across the city are also planned, which they say will not only play an environmental and climatic role by reducing air and dust pollution, but also societal and urban by offering shade for pedestrians.

Most of the trees chosen by experts for this project are acacia due to their natural ability to withstand the region’s arid climate, and nurseries are being planted to provide saplings for trees that fail to take root.

Some one million cubic meters of water will be used daily to irrigate this project, which they report will be recycled via a new complex underground irrigation system that will reuse wastewater.

Al-Moqbel predicts the Green Project will help decrease the temperature of the city by one to two degrees Celsius.