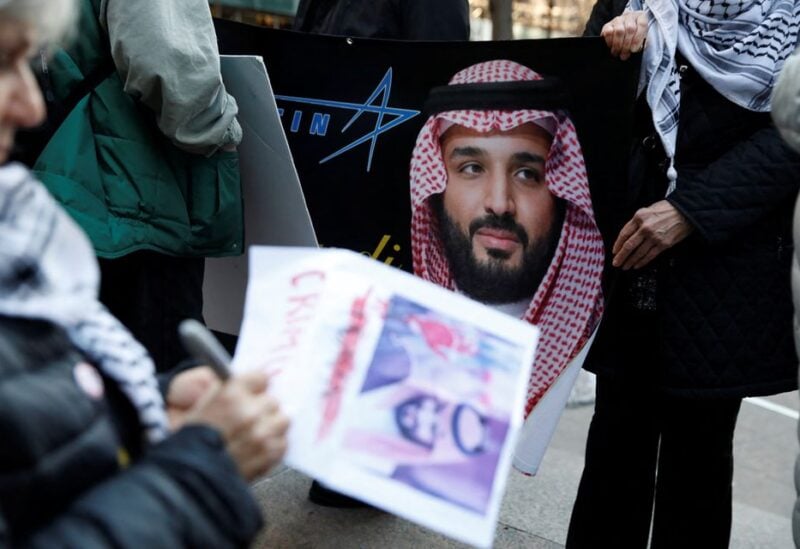 As Western leaders who once sought to isolate the powerful Saudi crown prince Mohammed bin Salman now want his support, he has defied the international anger over the murder of journalist Jamal Khashoggi four years ago.

On Friday, U.S. President Joe Biden will travel to the oil-producing nation in the hopes of finding relief from the skyrocketing price of fuel. Biden has accused the prince of orchestrating Khashoggi’s murder and said Saudi Arabia should be declared a pariah.

He follows in the footsteps of European leaders who condemned the 2018 killing of Khashoggi by a Saudi hit squad in Istanbul but accept they cannot ignore the global energy giant and its de facto ruler.

Only 36 years old and nominally still waiting to inherit power from his elderly father King Salman, the prince has already stamped his mark on the kingdom and the Middle East.

He has crushed dissent and sidelined rivals in an unrelenting push for control at home while pursuing a more forceful foreign policy in the region, taking steps which have delighted admirers, unsettled Riyadh’s traditional allies and shocked human rights advocates.

The killing of Khashoggi, an insider-turned-critic, was a particularly heavy blow to the prestige of the prince, known by his initials MbS. He has denied ordering the operation although he accepted ultimate responsibility “as a leader”.

The murder deterred some investors and dramatically undercut MbS’s promotion of himself as a reformer pursuing new freedoms in the conservative kingdom and home of Islam’s holiest sites.

But faced with the reality of an assertive leader who could be running the Middle East’s largest economy for several decades to come, his critics abroad appear to have backed down.

“The whole attempt by the West post-Khashoggi to try to limit interaction with MbS was incrementally eroded, and Biden’s visit will really put a bullet into that idea,” said Ayham Kamel of consultancy Eurasia Group.

“He is there to revive the Saudi-U.S. relationship which in the current geopolitical environment – because of the Ukraine war, because of China competition, because of energy issues and Saudi Arabia’s regional influence – needs to be fixed.”

Under the Crown Prince’s watch far-reaching reforms, including the listing of state oil giant Saudi Aramco, have been accompanied by a crackdown on dissent and activism, detention of women’s rights activists and a secretive purge of top royals and businessmen on corruption charges.

At the same time, he pledged a tougher stance against the regional influence of sworn foe Iran and took the kingdom into a costly and unpopular war in Yemen.

He won vocal support from former U.S. President Donald Trump, but after Biden pledged to take a harder line on Saudi Arabia the prince made overtures seen by diplomats as showing he was a valuable partner for regional stability.

The moves included a deal to end a bitter row with Qatar that saw Riyadh and its allies boycott Doha, launching direct talks with Iran to contain tensions, and a truce in Yemen.

But U.S. ties remain strained by Washington’s restrictions on arms sales to the kingdom and indirect U.S.-Iran talks to revive the 2015 nuclear deal, without Gulf participation. Biden has also refused to deal directly with MbS as de facto ruler.

“Simply, I do not care,” the crown prince said in a March 2022 interview with The Atlantic, when asked whether Biden misunderstood things about him.

MbS rose from near obscurity after his father ascended the throne in 2015. He marginalized senior members of the royal family after ousting an older cousin as crown prince in a 2017 palace coup, and consolidated control over Saudi security and intelligence agencies, stirring resentment within the family.

Later that year, he arrested several royals and other prominent Saudis, holding them for months at Riyadh’s Ritz-Carlton hotel in an anti-corruption campaign that caused shockwaves at home and abroad.

While he is popular among young Saudis and has supporters among many royals, some ruling family members resent Mohammed’s grip on power and questioned his leadership after unprecedented attacks on Saudi oil plants in 2019, according to sources with ties to the royals and business elite.

MbS has admirers in the region, with one Gulf source saying his “bulldozer” approach was needed to change Saudi Arabia.

The cornerstone of the economic transformation was selling shares in Aramco. A listing on the domestic bourse went ahead in 2019 after several false starts, briefly hitting a $2 trillion valuation, but there was not enough investor appetite for a foreign offering.

The kingdom’s assertiveness under MbS followed what some hawkish Saudi officials regarded as a decade of growing Iranian influence across the region and concerns that Washington under former President Barack Obama turned a blind eye to what they saw as pernicious expansion of Iranian activity in Arab nations.

However, while Riyadh and Tehran cut diplomatic ties in 2016, they launched direct talks in 2021 aimed at reducing tensions at a time Gulf states voice doubt about the U.S. commitment to the region.