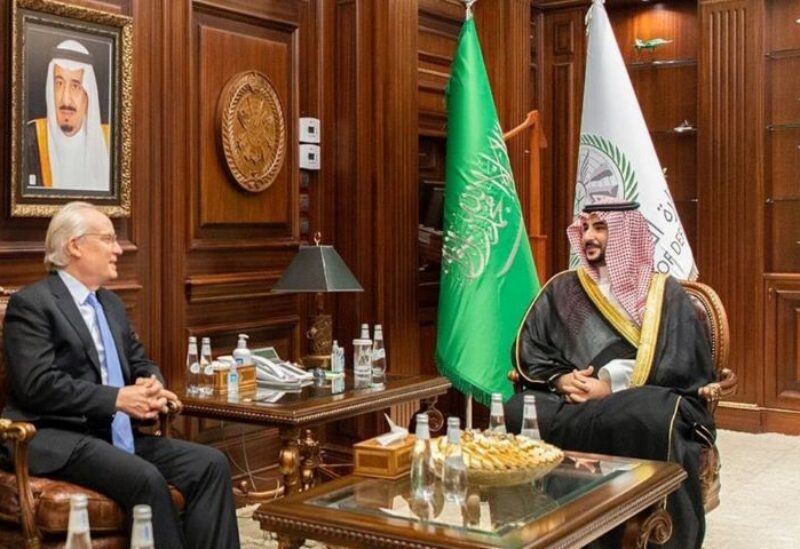 According to SPA, the two discussed the latest developments in the Yemeni arena, as well as the joint efforts made in the Yemeni issue.

“I emphasized the coalition’s commitment to supporting Yemen and taking all necessary steps to achieve a political solution that ensures regional security and meets the needs of the brotherly Yemeni people,” he said in a tweet.

During the meeting, the Kingdom’s vice minister of defense reaffirmed the Arab Coalition’s commitment, led by Saudi Arabia, to support the Yemeni government and people and to “push all efforts to reach a political solution in Yemen that meets the aspirations of the Yemeni people while preserving regional security,” according to SPA.

“During the meeting, they discussed ways to develop bilateral relations and cooperation in the defense field, as well as issues of common interest, in order to achieve the two brotherly countries’ common interests,” the press agency reported.