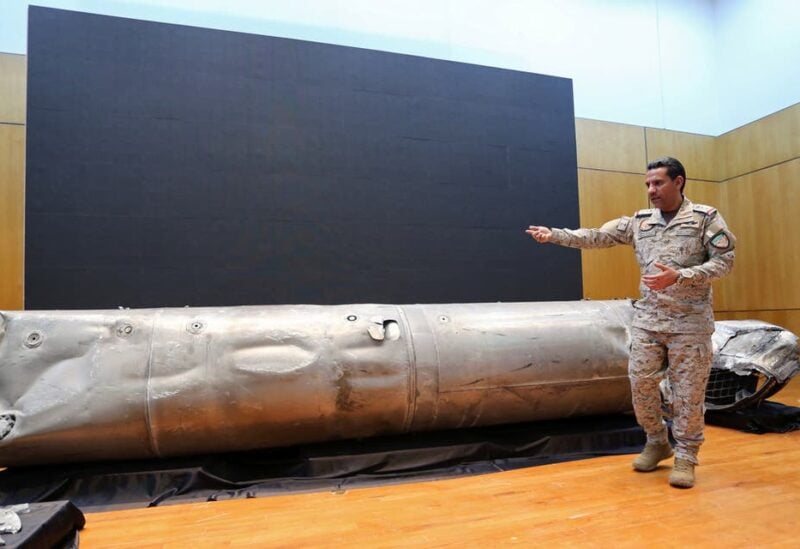 Arab coalition spokesman, Colonel Turki al-Malki, speaks as he displays the debris of a ballistic missile which he says was launched by Yemen's Houthi group towards the capital Riyadh, during a news conference in Riyadh, Saudi Arabia March 29, 2020. (Reuters)

Saudi Arabia’s defense forces on Monday intercepted and destroyed a ballistic missile launched by the Iran-backed Houthi militia towards Jazan, according to a statement.

The Arab Coalition in a statement said Saudi air defense forces “thwarted the militias’ futile attempts” to target the Kingdom.

“The Houthi militia deliberately targeted civilians and civilian infrastructure. We are dealing with the threats firmly to protect civilians from hostile attacks,” the Arab Coalition said in a statement.