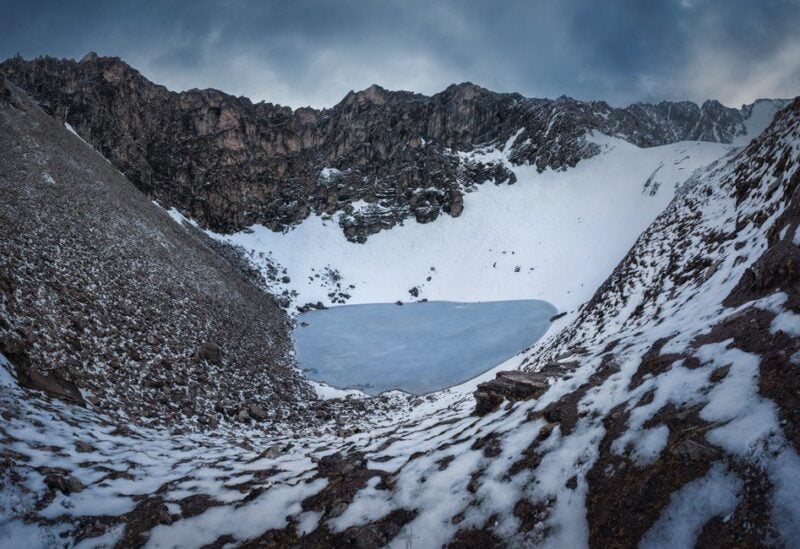 Located at the bottom of a slope on Trisul, one of the country’s highest mountains, the mystery lake (this is how authorities describe it in tourist guides) was reportedly discovered by a British ranger in 1942. Since then, it has captivated the attention of anthropologists as well as curious visitors.

An international team of scientists claims to have solved the mystery of India’s lake of skeletons. For decades, researchers tried to figure out how the remains of hundreds of people ended up in a Himalayan lake. Who were these people and how did they die – these are questions that haunted scientists for a long time.

One theory suggested that the remains belonged to an Indian King, his wife, and their attendants who died in a blizzard. Another theory suggests that the remains belonged to the victims of an epidemic. Still another theory claimed that a catastrophic incident that occurred during the 9th century killed a single group of people.

A new study conducted by researchers from Germany, India, and the United States has disproved all those theories.

Scientists say the deaths occurred at different times, with some individuals dying up to 1,000 years later than others.

“It upends any explanations that involved a single catastrophic event that lead to their deaths. It is still not clear what happened at Roopkund Lake, but we can now be certain that the deaths of these individuals cannot be explained by a single event”, Eadaoin Harney, the lead author of the study and doctoral student at Harvard University, told the BBC.

Scientists say the most astonishing detail is that the people who met their end in the lake came from different places. One group of people had genetics similar to those now living in South Asia, while another group was “closely related” to people living in Europe, especially those residing on the Greek island of Crete.

Those who came from South Asia do not appear to have come from the same population, the researchers said.

Although the study provides answers to many questions, some puzzles remain unsolved – how did these people die? No weapons were found at the lake and genetic studies have showed that there was no presence of a bacterial pathogen that could have meant the individuals suffered from diseases.

Another question is what they were doing at the lake in India’s highest mountains – especially the group who resembled Europeans.

“We are still searching for answers”, said Ms Harney.