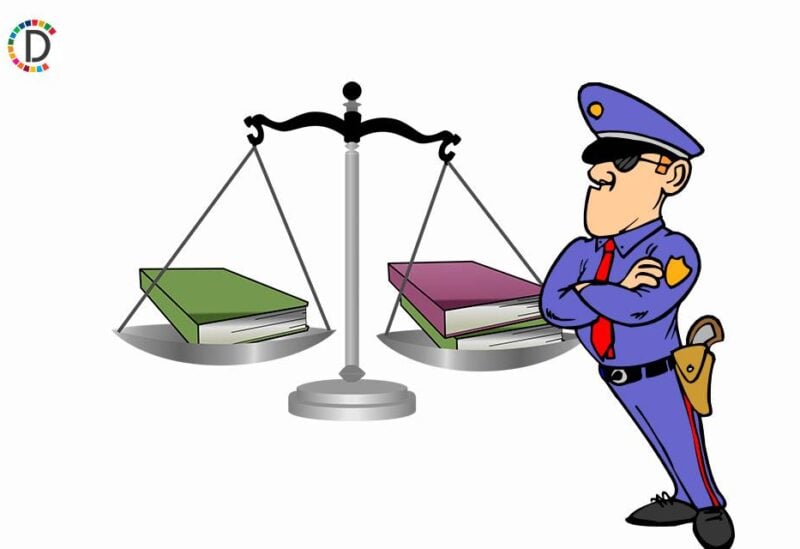 After a night of violence in Jerusalem, Israeli police made over 50 arrests and Palestinian medics said 100 were injured during Ramadan clashes in the contested city at the core of the Israeli-Palestinian conflict.

Clashes and other violent incidents between Palestinians and Israelis have occurred nightly since the start of the Muslim fasting month of Ramadan.

Palestinians say police have tried to prevent them from holding their usual Ramadan evening gatherings outside Damascus Gate, an historic landmark on the north side of the Old City and adjacent to several Palestinian neighborhoods.

Meanwhile, videos on social media purporting to show Palestinian youth slapping or otherwise assaulting ultra-Orthodox Jews in the city have drawn protests by Israelis and calls by far-right politicians for tougher police action.

The violence appeared to give way to relative calm by mid-day on Friday, with around 60,000 Muslim worshippers filing past police in the Old City to attend noon prayers at Al-Aqsa Mosque.

But with more clashes expected later, the incidents threaten to break a sustained period of relative quiet in the holy city.

On Thursday night, hundreds of ultra-nationalist Israelis marched through central Jerusalem towards the Damascus Gate, which police had barricaded as a precaution.

As they marched, many chanted “Death to Arabs” and some waved banners reading: “Death to terrorists”.

One participant, David, 40, said he lived far from Jerusalem but “came here to support my own people”, adding: “I’m Jewish and I’m a patriot and I’m proud of my country.”

Police fired skunk water at the Israelis, pushing them away from their position at the Old City’s New Gate – just 600 meters (yards) away from Palestinians gathered at Damascus Gate – and towards Jerusalem’s central Jaffa Road.

In a statement in English, Hebrew and Arabic, the U.S. Embassy said it was “deeply concerned” about the violence and urged an end to incitement and a return to calm.

The anti-Arab slogans drew a reproach from far-right Israeli politician Itamar Ben-Gvir, who said he was “against such chants,” while defending the Israelis’ right to protest.

Asked what he meant by “roughed up”, Ben-Gvir said it meant prosecuting them and also “if we manage to pass legislation, also throwing them out of the country.”

As Palestinians heard reports of the Israeli crowd approaching, they gathered near Damascus Gate with ambulances racing up and down crowded backstreets with sirens blaring.

Police sealed off the area to prevent the Israeli and Palestinian crowds from potentially meeting. The Palestinians dragged garbage bins, some of them ablaze, into the roads on their side to disrupt police and block them from their side. Some discharged small fireworks towards police.

In all, police said they arrested over 50 people overnight, without distinguishing between Israelis and Palestinians. The Palestine Red Crescent said 100 Palestinians had been injured, with 21 taken to hospital but none of them serious.

The Palestinian clashes with Israeli police began with the start of Ramadan, on April 13. Palestinians say police have tried to prevent them from holding their usual Ramadan evening gatherings outside Damascus Gate.

“Palestinians love to relax in this area after evening prayers at Al-Aqsa Mosque, but the occupation (Israel) doesn’t like it. It’s a matter of sovereignty,” said Jerusalem resident Mohammad Abu Al-Homus.

Police say the measure is part of efforts to ensure Muslims can safely get to the main Islamic prayer site, revered by Muslims as the Noble Sanctuary and by Jews as the Temple Mount.

The US embassy in Jerusalem expressed its “grave concern over the violent events in the city last night and the days that preceded it,” adding in a statement, Friday, that it hopes all responsible voices will work to “end the state of incitement, return to calm and respect the safety and dignity of all.”