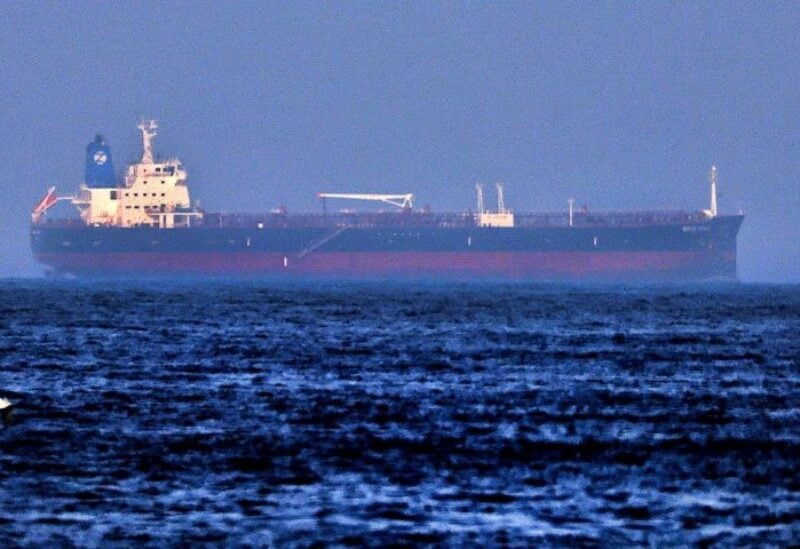 A picture taken on Aug. 3, 2021 shows the Israeli-linked Japanese-owned tanker MT Mercer Street, off the port of the Gulf Emirate of Fujairah. (AFP)

Deputy Assistant Secretary of Defense for the Middle East Dana Stroul when asked if reports were accurate that the attack originated from Yemen with Iranian-produced drones, he said: “Yes, I can confirm the reports.”

Speaking to a Senate hearing on US security assistance in the Middle East, Stroul added: “This was an Iran-backed, one-way drone attack on the Mercer Street.”

“What we see … is Iranian arming and funding of terrorist groups, non-state actors and militias across the region, all of which aims to undermine the governments and the partners that we want to work with, terrorize civilians, and prevent them from achieving stability,” Stroul said.

“We have seen more attacks from the Houthis launched at Saudi Arabia this year than we have for several prior years,” the Pentagon official said. “Iran is increasing the lethality and complexity of both the equipment and the knowledge it transfers to the Houthis so that they can attack Saudis and civilians.”

Stroul voiced concern over the “very sizable US population” in Saudi Arabia that is at risk because of the Iran-backed Houthi attacks.