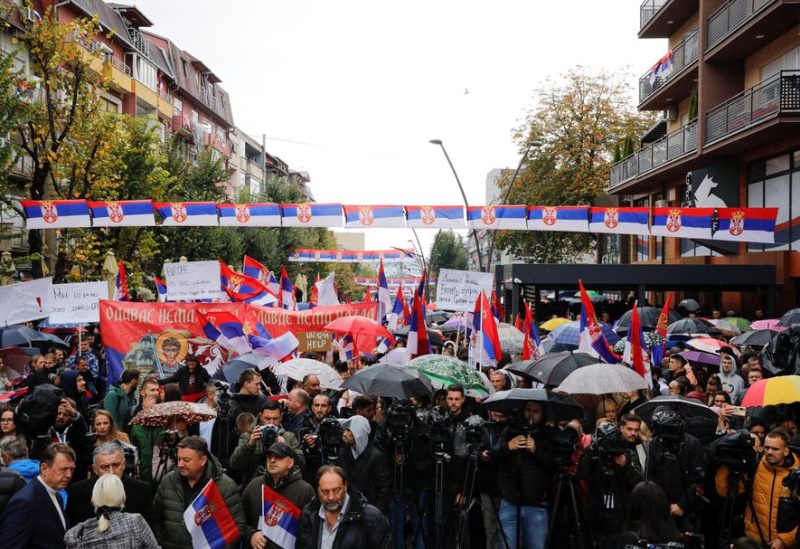 In opposition to Pristina’s directive to use Kosovo car license plates rather than those issued by Serbia, Kosovo Serb police officers stationed at the Jarinje and Brnjak border posts in the north of the nation resigned on Sunday.

The 300 resignations from state institutions, including the judiciary, police, legislature, and administration, that were reported in the northern town of Mitrovica by Serbian media are a part of a larger Serb movement.

The long-running licence plate row has stoked tensions between Serbia and its former province of Kosovo, which gained independence in 2008 and is home to a Serb minority in the north that is backed by Belgrade.

Kosovo police said in a statement it was aware Serb police officers had abandoned their posts and some have handed over police equipment.

Prime Minister Albin Kurti blamed Belgrade for seeking to destabilize Kosovo by supporting the Serbs in their boycott of state institutions.

“I once again I invite all Serb citizens of our country to not abandon institutions, not to resign, not to leave their jobs, because there would be less service for the people,” he said.

The Kosovo government has announced that it would begin fining Serb drivers who are still wearing pre-independence license plates this month and will seize any vehicles whose registration numbers have not been updated by April 21, 2023.

“The current problems cannot be resolved by Kosovo Serbs leaving Kosovo institutions. It might potentially lead to an increase in localized tensions “Josep Borrell, the head of EU foreign policy, made the announcement on Saturday.