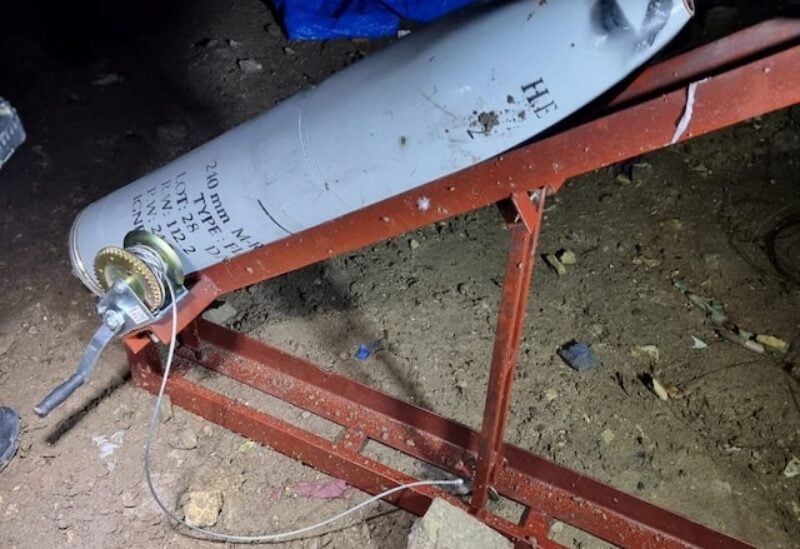 An Iraqi military statement said it found a rocket launcher with one rocket in al-Jihad district in western Baghdad near the airport.

Five rockets landed near Iraq’s Ain al-Asad air base, which hosts U.S. and other international forces west of Baghdad, leaving no casualties, a coalition official told Reuters on Wednesday.

The closest impact was around 2 kilometres (1.2 miles) from the base, the official added. Iraqi army officials told Reuters the rounds fired were Katyusha rockets.

Iraqi security sources said there were no damage or casualties in both attacks.

The Iraqi military said that it started a search operation after “outlaw elements” fired five rockets which landed near the perimeters of the air base.

U.S. officials have warned in recent weeks they expected an uptick in attacks against U.S. forces in Iraq and Syria, in part because of the second anniversary of the killing of top Iranian general Qassem Soleimani.

While there were no immediate claims of responsibility for recent attacks, Iraqi militia groups aligned with Iran vowed to retaliate for killing Soleimani and Iraqi militia commander Abu Mahdi al-Muhandis.

Wednesday’s attack is the second one this week targeting the base near Baghdad’s international airport after an attack by two drones was foiled on Monday.

The rocket attack near Ain al-Asad comes on day after two explosive-laden drones were also shot down on Tuesday by Iraq’s air defenses as they approached the Ain al-Asad air base, which hosts U.S. forces, west of Baghdad.

Soleimani was killed on Jan. 3, 2020 in a drone strike near Baghdad airport ordered by then-U.S. president Donald Trump.

Separately, the U.S.-led coalition said its forces had been targeted with eight rounds at the Green Village in Syria over the past 24 hours and while there were no casualties, the attack did cause minor damage.

“The Iran-supported malign actors fired on the Coalition and SDF (Syrian Democratic Forces) from within civilian infrastructure with no regard for civilian safety,” the coalition said in a statement.

The statement added that the coalition responded by firing six artillery rounds and had earlier carried additional strikes.