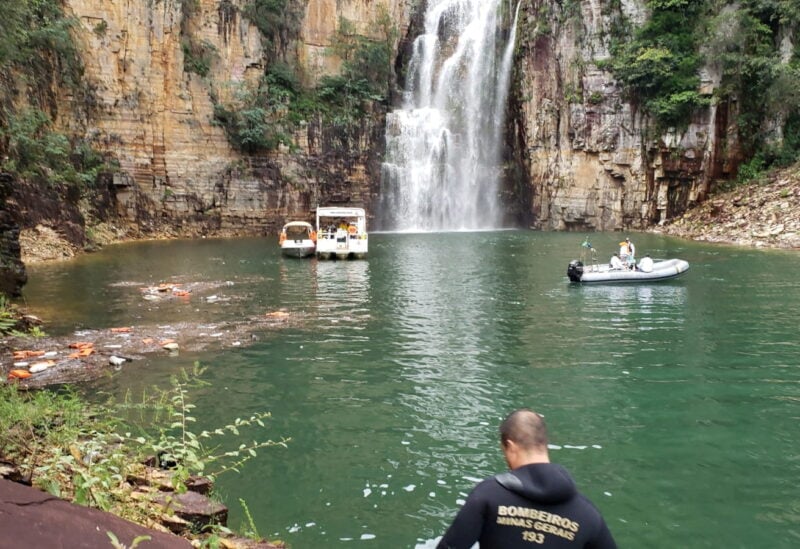 According to the fire service, a wall of rock toppled on top of motor boats below a waterfall in southern Brazil on Saturday, killing at least seven persons and badly injuring nine more.

At Capitolio, Minas Gerais, a tower of boulders abruptly broke free from the canyon wall and slammed onto six recreational boats, causing a massive wave to break over the lake.

Tourists shouted as the column of rock smashed into the ocean, destroying two boats, according to videos uploaded on social media.

Three persons are still missing, according to authorities, despite the fact that others who were thought to be lost were found by phone. Divers combed the water for clues.

The people hurt in the accident had broken bones and one was in serious condition in hospital with head and facial injuries. Some 23 others were treated for light injuries, he said.

The region has been under heavy rainfall for two weeks, which could have loosened the rock face. On Saturday, a dike overflowed at an iron ore mine 300 kilometers to the east, cutting off a major federal highway.