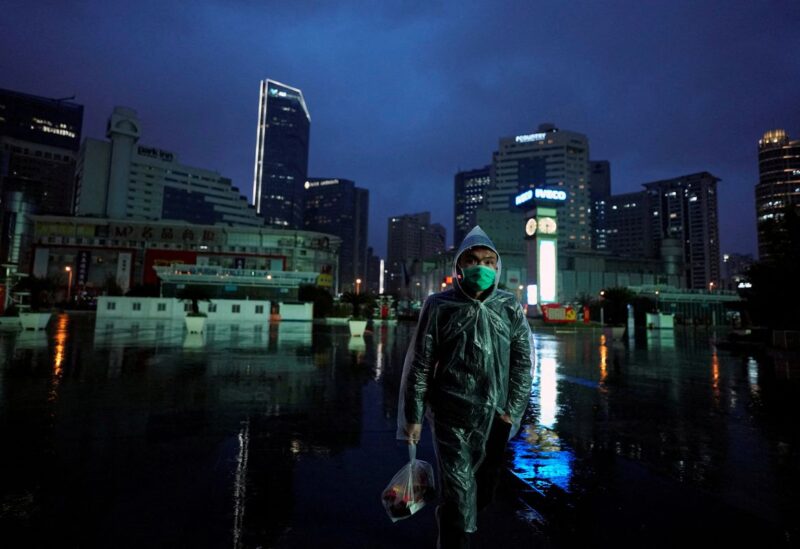 On Sunday, Shanghai reported a new daily record for asymptomatic COVID-19 cases as the Chinese financial hub battled a nearly one-month-long outbreak, with residents on edge due to endless testing and localized lockdowns.

While the number of cases in Shanghai remains low by global standards, the city of 26 million people has become a test site for China’s “zero-COVID” strategy as it attempts to control the highly infectious Omicron variant.

Shanghai has resisted a total lockdown to avoid destabilizing its economy. Instead, it has chosen a more bespoke “slicing and gridding” approach, which involves screening neighborhoods one by one.

“Why can’t Shanghai be locked down? Because it’s not only a city of local residents, but also a city with a highly important role in China’s economy,” Wu Fan, an expert from the city’s anti-epidemic leading expert team, said on Saturday.

Instead of a citywide lockdown, Shanghai is combining polymerase chain reaction (PCR) tests and antigen self-testing in key areas and non-key areas, respectively, to “ensure that everyone is covered,” Wu told reporters.

But some residents have grumbled about seemingly endless cycles of testing and the piecemeal approach to ending transmission chains, with some saying the cost of zero-COVID had become too high.

Earlier this month, in footage shared on social media, a crowd of people in the northeastern city of Shenyang banged against the windows of a clothing market as they shouted in frustration at yet another round of COVID-19 tests.

Including the 1,007 new cases in the northeastern province of Jilin, currently under lockdown, China reported a total of 4,448 new asymptomatic infections on March 26, up from 4,430 a day earlier.

China reported 1,254 new confirmed coronavirus cases with symptoms, down from 1,335 a day earlier. Of the new cases, 1,217 were locally transmitted, versus 1,280 a day earlier.