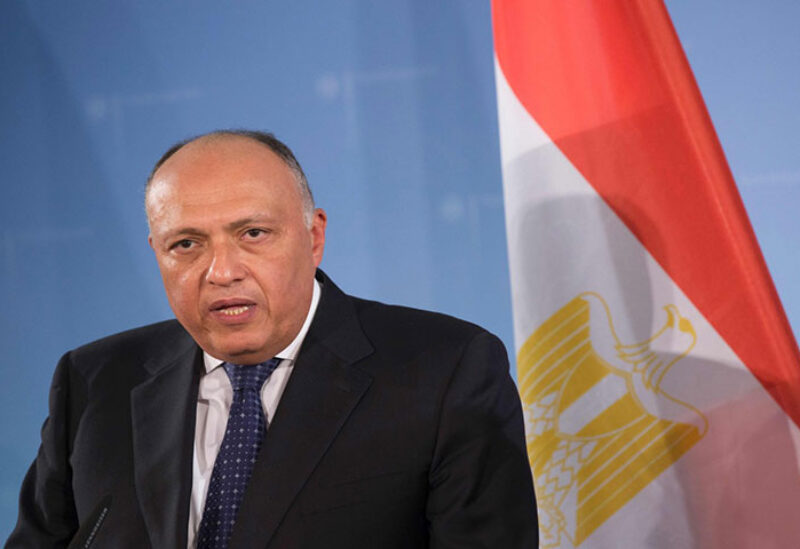 Egypt is confident the second filling of the Grand Ethiopian Renaissance Dam (GERD), scheduled for next July, will not affect its water interests, said Egyptian Foreign Minister Sameh Shoukry during an interview with the TEN channels.

Shoukry explained that Egypt can deal with the issue through “strict management of our water resources.”

The Minister affirmed the need for joining international efforts to convince Ethiopia of the need to reach an agreement, as the negotiating parties approach a crucial point.

Shoukry was speaking from Paris, where he was accompanying President Abdel Fattah el-Sisi for an international summit on Sudan.

Egypt and Sudan have been negotiating with Ethiopia for almost 10 years to conclude a legal agreement regulating the filling and operation of the dam, which Addis Ababa built on the main tributary of the Nile to generate electric power.

Shoukry warned that Egypt will spare no effort in defending its water interests and taking measures to preserve them if the dam was used for any other purpose than what it is originally intended for.

“The international moves show the importance of the issue and allow the president of the African Union to be briefed on the Egyptian viewpoint, which is characterized by flexibility, moderation, and the desire to get out of the crisis by reaching an agreement,” noted Shoukry.