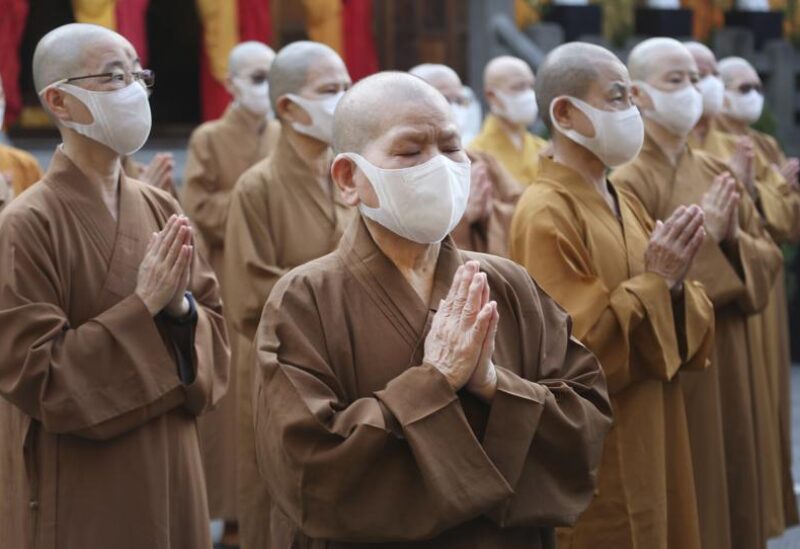 TAIPEI, Taiwan: Taiwan’s president on Wednesday sought to reassure the public that the government is capable of withstanding a further outbreak of COVID -19 after 16 local cases were detected.

The exact origins of the cases have not yet been discovered.

“The challenge at this moment is still severe. Please be alert and follow the guidelines,” President Tsai Yin-wen said in televised remarks. She called on people not to panic.

Tsai said medical supplies were sufficient and vaccines would continue to be distributed.

Taiwan had virtually eradicated domestic transmission of the coronavirus through strict mask wearing, case tracing, travel restrictions and quarantine measures. It has counted 1,210 confirmed cases to date, with the vast majority imported.

Announcing the increase in cases at the Legislature on Wednesday afternoon, Health and Welfare Minister Chen Shih-chung said the latest outbreak was “not a joke.”

Five of the cases were discovered in a gaming cafe in Yilan county on Taiwan’s eastern coast. Another was found in New Taipei City, just outside the capital. None of the cases had any history of international travel. Health authorities are doing contact tracing to determine the source of the infection.

A seventh infected person was already in quarantine and had been in contact with a cluster discovered in recent weeks linked to pilots working for Taiwan’s China Airlines. Over 30 cases have been identified.