Snowfall has hit parts of Japan 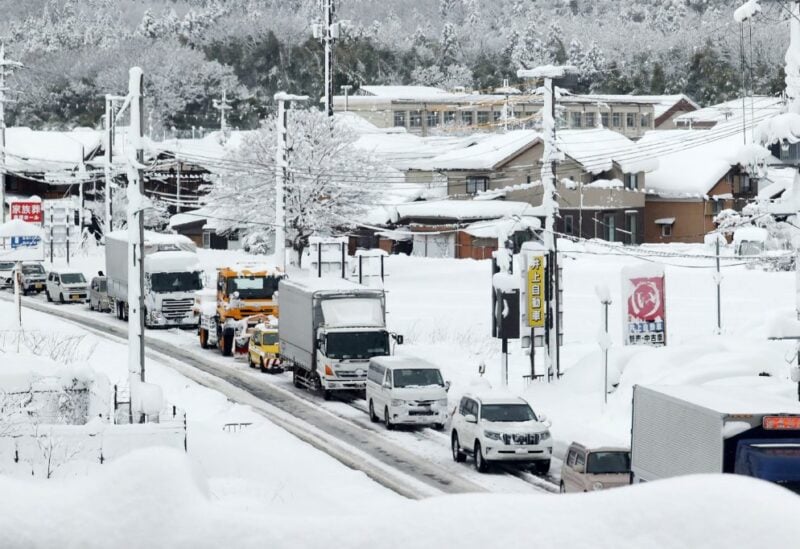 Heavy snowfall was causing traffic jams, flight cancellations and disruption to train traffic in central and western Japan on Monday, as some areas received record rainfall.

Some 1,500 homes were without electricity on Monday around 5:00 p.m. (08:00 GMT), operator Kansai Electric Power announced on its website.

No injuries related to the bad weather had yet been reported, Japanese government spokesman Hirokazu Matsuno announced in the morning, noting that “increased caution and vigilance” was needed.

“Snowfall is expected to intensify until tomorrow, especially on the Sea of ​​Japan side,” he warned.

Traffic had to be cut off on a major highway in Shiga County, bordering Kyoto, because of immobilized vehicles, Matsuno said.

The incident was caused by a truck slipping on the roadway near the town of Hikone, which received 68cm of snow in twenty-four hours, 30 times more than the seasonal normal, according to the public broadcaster NHK. .

Nearly 200 passengers were forced to spend the night from Sunday to Monday in several trains stuck on a line in Shiga County, the channel added.

Some 130 domestic flights were also canceled on Sunday due to snow, according to the Jiji news agency, and another 50 on Monday, according to NHK.