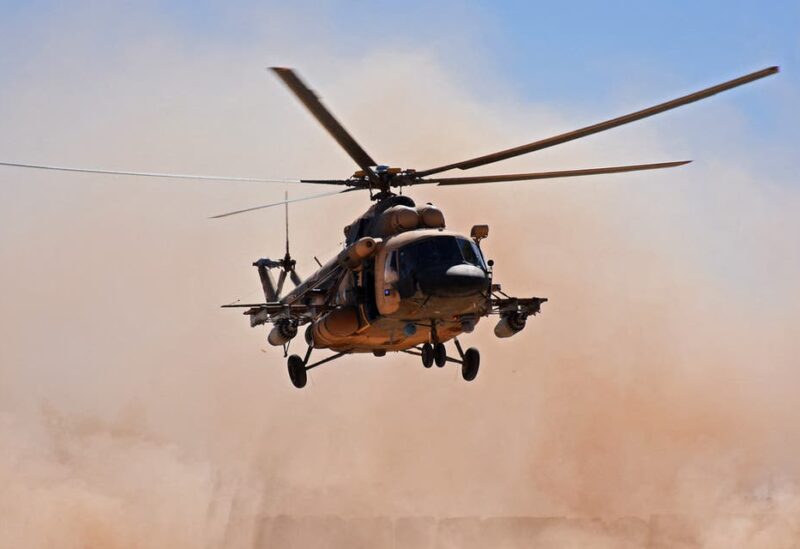 An Iraqi military helicopter lands near the al-Qaim border crossing between Syria and Iraq on November 1, 2018. (File photo: AFP)

A number of soldier were killed, when an Azerbaijani border patrol helicopter crashed on Tuesday during a training mission, said an official statement.
The helicopter crashed in the Garaeybat training range in the northeastern Khyzy region, said the State Border Service.
Among the crew members, there were both deceased and wounded, added the statement, but gave no exact numbers.
The authorities have also sent investigators to the crash site.
Turkey extended condolences to Azerbaijan over the incident.
“We wish Allah’s mercy upon the martyrs, and a swift recovery to the wounded,” said a Turkish Foreign Ministry statement.
Foreign Minister Mevlut Cavusoglu also had a phone call with his Azerbaijani counterpart Jeyhun Bayramov about the incident, diplomatic sources reported.
In the call, Cavusoglu wished Allah’s mercy upon the “martyred” and a swift recovery to the wounded soldiers.