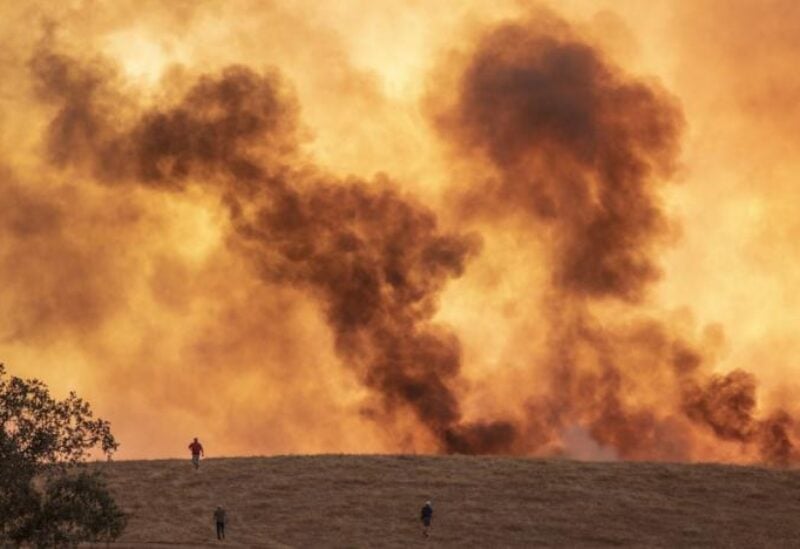 Wildfires suspected to be arson have burned nearly 1,000 hectares (2,500 acres) of forest in northwestern Spain over two days, although rainfall was expected to give a respite to firefighting teams.

Two active blazes continued to be out of control Tuesday in a rugged mountainous area of Galicia, the region’s authorities said. The flames have come close to populated areas and forced the closure of roads.

A brigade of 63 soldiers from the Spanish military’s emergency unit was dispatched on Monday to help the efforts to extinguish the blazes which were being carried out by firefighters on the ground and four helicopters and four amphibious aircraft, said The Associated Press.

The soldiers extended hoses that at times stretched for over a kilometer (half-mile) up and down gullies.

José González, the region’s minister for rural areas, said that the fire started late Sunday past sunset, when there was no chance for natural ignition. It was lit with “a clear intention” in various “simultaneous locations” on both sides of a river, he said.

“They knew they were going to cause a lot of damage,” the minister said, according to Spain’s EFE news agency, adding that high temperatures, strong winds and high levels of air humidity made it “very complicated” to extinguish the fire.

Spain’s weather forecast agency, AEMET, said that rainfall was expected in the area.