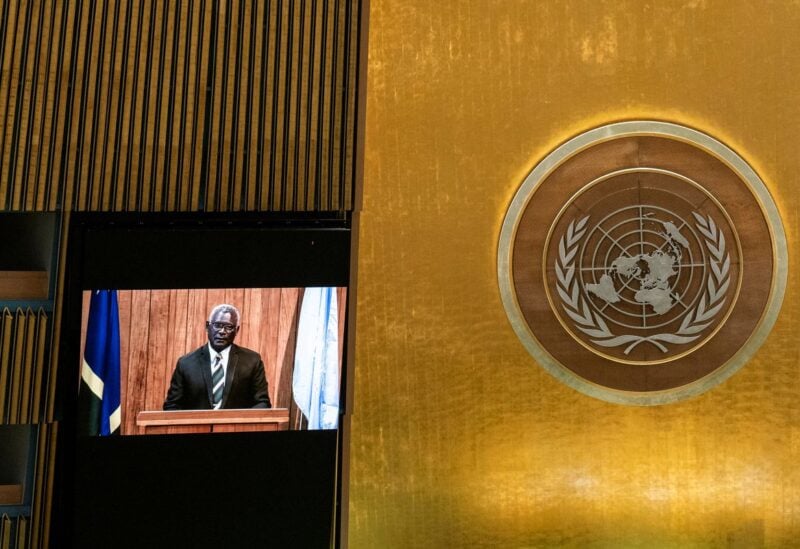 The United States embassy in Canberra reported on Tuesday that the government of the Solomon Islands has informed Washington that it will impose a ban on navy ships entering its ports.

Since signing a security agreement with China in May, the Solomon Islands’ relationship with the United States and its allies has been contentious.

“On August 29, the United States received formal notification from the Government of Solomon Islands regarding a moratorium on all naval visits, pending updates in protocol procedures,” the embassy said in a statement.

A spokesman for Solomon Islands Prime Minister Manasseh Sogavare earlier denied the reports of a moratorium, and told Reuters that Sogavare would make a speech on Tuesday afternoon.

Sogavare would make a speech to welcome a U.S. navy hospital ship, Mercy, which arrived in Honiara on Monday for a two week mission, he said.

The embassy said Mercy had arrived before the moratorium.

“The U.S. Navy ship Mercy received diplomatic clearance prior to the moratorium being implemented. We will continue to closely monitor the situation,” the embassy said.

Last week, a U.S. Coast Guard vessel was unable to enter Solomon Islands for a routine port call because the government did not respond to a request for it to refuel and provision.

The vessel, the Oliver Henry, was on patrol for illegal fishing in the South Pacific for a regional fisheries agency when it failed to obtain entry to refuel at Honiara, the Solomons’ capital, a U.S. Coast Guard press officer told Reuters in an emailed statement on Friday.