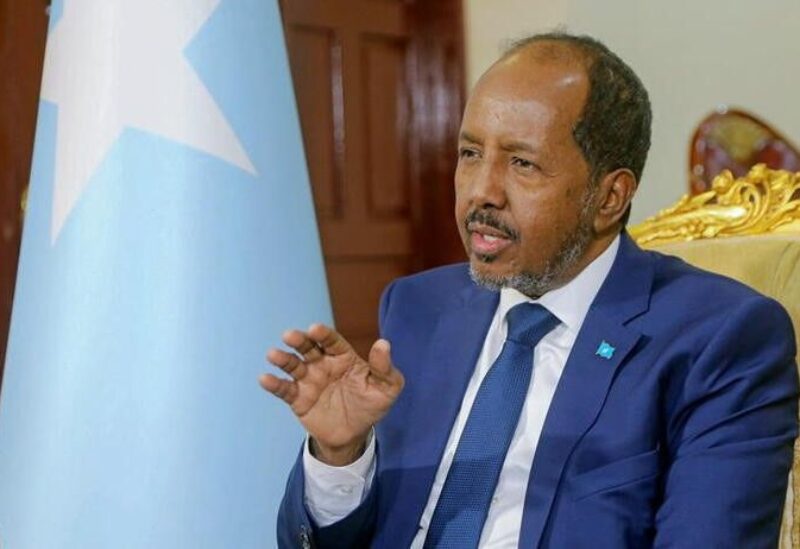 Somalia's President Hassan Sheikh Mohamud speaks during a Reuters interview inside his office at the Presidential palace in Mogadishu, Somalia May 28, 2022. REUTERS/Feisal Omar

The presidents of Somalia and Kenya signed a number of agreements on Friday, including one to resume commerce in the stimulant khat, as a symbol of improved diplomatic ties.

Together, the two neighbors are facing an insurgency with ties to al Qaeda that has claimed thousands of civilian lives over the past ten years.

However, their relationship has been turbulent because of a dispute over the ownership of potential offshore oil and gas deposits, some of which United Nation’s lie off their disputed maritime border.

In October last year the United Nation’s International Court of Justice decided largely in favour of Somalia’s claim, a ruling which Kenya rejected, saying it did not recognise the findings in the decision.

Somalia’s leader, Hassan Sheikh Mohamud, inked deals with his counterpart Uhuru Kenyatta in Nairobi during his first official trip to Kenya’s capital since winning the presidency in May, the countries’ foreign ministers said in a joint statement.

The presidents agreed to restart flights by Kenya’s national carrier Kenya Airways to Mogadishu, resume the khat trade from Kenya to Somalia, ease some visa restrictions, and re-open the border, the statement said.

Mohamud previously served as Somalia’s president from 2012 to 2017. He was re-elected in May following months of delay caused by squabbling in government, only to face an ongoing Islamist insurgency and the region’s worst drought in four decades.

The leaders agreed to work together with regional and international aid bodies to help mitigate the impact of the drought and coordinate efforts in the “fight against terrorism”, the statement said.

“Somalia is determined to be at peace with itself & the world,” Mohamud wrote on Twitter.