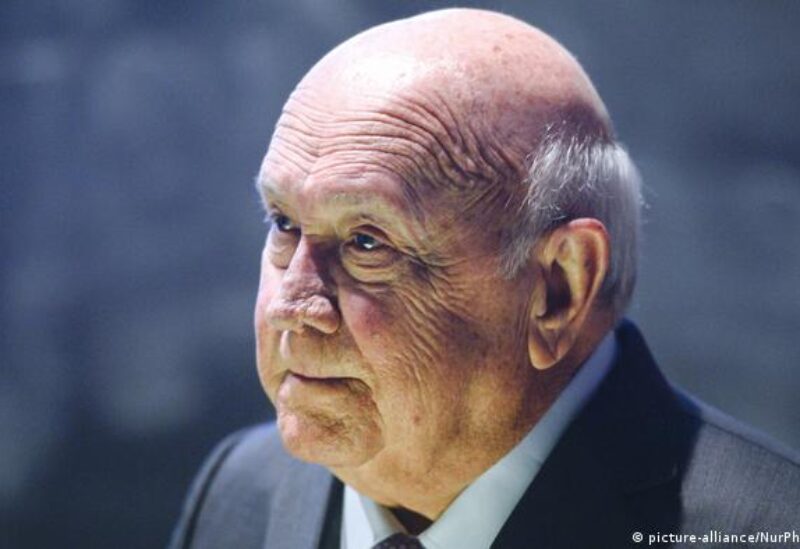 Former South African president FW de Klerk died at his Cape Town home at the age of 85, his organization announced on Thursday.
De Klerk oversaw the last days of the apartheid regime and was succeeded by Nelson Mandela in 1994.
“It is with the deepest sadness that the FW de Klerk Foundation must announce that former President FW de Klerk died peacefully at his home in Fresnaye earlier this morning following his struggle against mesothelioma cancer,” the statement said. “Mr De Klerk was 85 years old. He is survived by his wife Elita, his children Jan and Susan and his grandchildren.”
De Klerk shared the Nobel Peace Prize with Mandela, with whom he worked to fully dismantle the apartheid regime.