South Africa’s ‘silent revolution’ as those with cash go solar 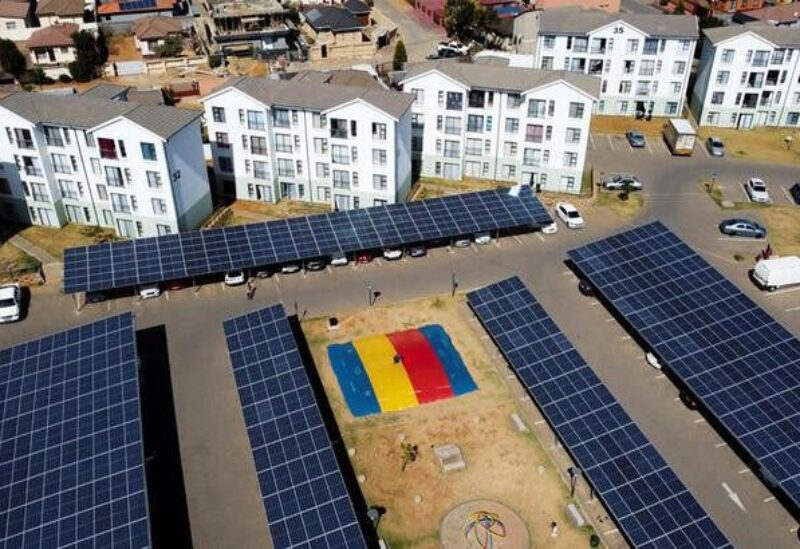 As power crisis worsens, solar panels are seen next to housing units at the Palm Springs residential estate in Cosmo City, in Johannesbrug, South Africa

Pierre Moureau, who has rooftop solar panels, only notices the blackouts that regularly leave South Africans in the dark when complaints appear on his Johannesburg neighborhood’s WhatsApp group.

“I have a particular level of life,” the 68-year-old financial planner, who relaxes in his private sauna, explained. “I want to be able to live my life the way I want.”

As Africa’s most industrialized economy suffers from a deepening power crisis, generating public outrage, President Cyril Ramaphosa has vowed to eliminate red tape in order to increase the use of renewable energy in coal-dependent South Africa.

But many South Africans are not waiting for government action and their impatience has driven a boom in small-scale solar installations.

Most systems in a country that requires 4-to-6 gigatonnes of additional output to eliminate widespread power outages, known locally as loadshedding, are not registered and send nothing back into the power-starved grid.

And, for the time being, their exorbitant cost means that they are just a solution for the comparatively wealthy, increasing gaps in what is already one of the world’s most unequal nations.