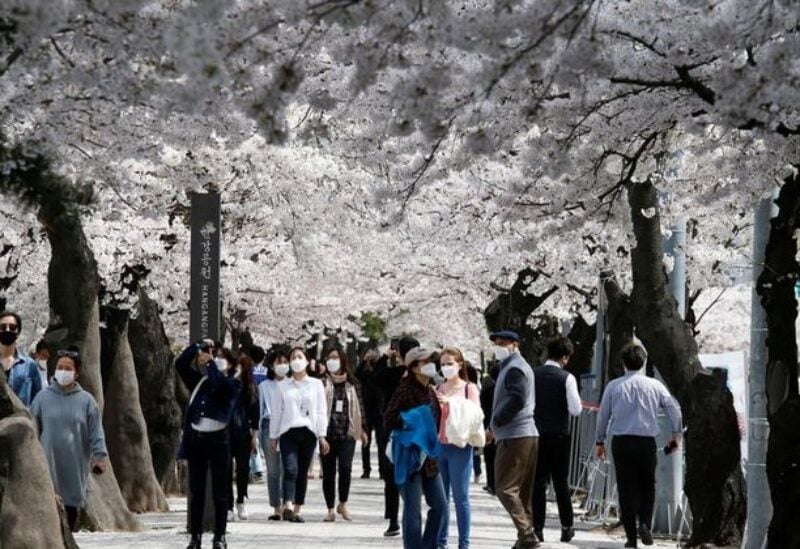 Amid likely resistance by government employees with ties to Seoul, there has been a long-standing proposal to transfer the seat of government from Seoul to the planned city of Sejong.
Ahead of Yoon Suk-yeol’s presidential election victory, the conservative candidate promised in a campaign speech to forge ahead with a plan to relocate South Korea’s capital from Seoul.

When Yoon takes office in May, his government is expected to follow through on plans to invest heavily in new cultural, educational and medical infrastructure in Sejong.

Located 125 kilometers (80 miles) south of Seoul, construction on the site planned site for the new South Korean capital began in 2007. Sejong was granted legal status as a “special self-governing city” in 2012.

As president, Yoon has promised to transfer major components of the National Assembly to the new city, support the creation of special economic zones in surrounding areas to attract foreign investment and create state-of-the-art technology and research institutes to attract the top scientists.

Yoon also envisages business opportunities for entrepreneurs and media organizations and a second presidential office to operate in parallel with the present administration before Sejong becomes the full seat of the government at some point in the future.
Sejong takes its name from King Sejong the Great, who ruled the Joseon Dynasty for 53 years from 1397.

The idea of moving the capital from Seoul was first proposed by former-President Roh Moo-hyun in 2003.

Roh sought to share the wealth and influence that had become concentrated in Seoul with other parts of the country, encourage regional development and reduce some of the chronic over-crowding that continues to plague the present capital.

However, the original plan has hit a series of roadblocks that have slowed progress.

Subsequent presidents had less enthusiasm for the project, business leaders have also resisted the idea, and there was even a legal challenge that went all the way to the Constitutional Court in 2004.

Sejong city currently has a population of just over 360,000.

“Discussions on moving the government to Sejong have been going on for a while and it would appear to be a good idea as other countries have done something similar in the past,” said Dan Pinkston, a professor of international relations at the Seoul campus of Troy University.

Pinkston cited the creation of the new city of Brasilia as the capital of Brazil and Canberra in Australia.

“The concern is that too much is concentrated in the small area around Seoul – the government, the bureaucracy, business, finance, culture, entertainment – and that has lead to over-crowding, traffic, pollution and not benefited the vast majority of the country,” he told DW.
Another major consideration has been security, he pointed out, with the northern suburbs of Seoul a mere 30 kilometers from the Demilitarized Zone that divides South Korea from the North.

The concern has long been that a sudden attack over the border would very quickly allow invading North Korean troops to reach the city.

Seoul is also well within range of the North’s artillery and moving the capital to the South would offer better protection behind a series of natural barriers, including rivers and mountain ranges.

Resistance to the idea
“On paper, it all makes a lot of sense, but there has been a lot of push-back in various sectors,” Pinkston said.

“Bureaucrats at government ministries do not want to leave Seoul as their children are in the top schools here and they fear that moving to Sejong will put them at a disadvantage in getting into the right universities and jobs down the line,” he added.

“It is also perceived as something of a cultural wasteland, with nowhere near the museums, theaters, restaurants and so on that they can enjoy here in Seoul,” he said.

“Seoul also literally means ‘capital,’ so there is also opposition on that historic and symbolic level as the city is in the middle of the peninsula and could be the capital of a united Korea in the future. People do not want to turn their backs on that identity.”

The head of an NGO with close ties to the government told DW under condition of anonymity that she resigned from her work at a government agency when she was told her entire department would be moved to Sejong.

“There were several other people who did the same as me,” she said.

“I’m from Seoul, my family live nearby and I have friends and a network of colleagues and contacts all across the city,” she said.

“There is so much for me to do here; I love living in Seoul. My life is not all about my job and I decided that moving for work was just not acceptable. So I quit. And I don’t regret that decision. Seoul is where I want to be.”