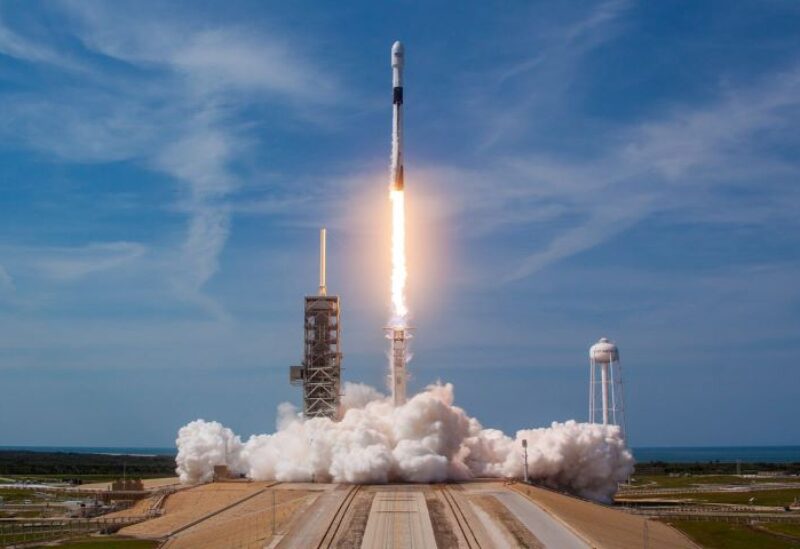 Wednesday night, a SpaceX rocket launched four astronauts into orbit, including the 600th person to reach space in the last 60 years.

The flight was repeatedly delayed just two days after SpaceX returned four other astronauts from the International Space Station. They were supposed to be up there to greet the newcomers, but NASA and SpaceX decided to change the order based on Monday’s ideal recovery weather in the Gulf of Mexico.

“It was a fantastic ride, better than we could have hoped for,” mission commander Raja Chari said after the spacecraft entered orbit.

According to NASA, Matthias Maurer of Germany claimed the No. 600 position based on his mission assignment. He and his three NASA crewmates should arrive at the space station in less than 24 hours, despite being more than a week late.

One of the astronauts — NASA won’t say which one — was forced to withdraw from the mission last week due to an undisclosed medical issue. According to NASA, the crew member has fully recovered. Officials will not say whether it was an illness or an injury, but they will say it was not COVID-19.

The weather also played a role in their flight delays.

It was raining when the four astronauts said their goodbyes to their families on Wednesday night, and they were holding umbrellas over their heads. Weather forecasters predicted that the weather would improve, and it did.

The 600 travelers range from those who have only just touched down in space, such as actor William Shatner last month, to US and Russian astronauts who have spent a year or more in orbit. This year’s surge in space tourists helped push the total past 600.

Since Yuri Gagarin’s pioneering flight in 1961, this has averaged out to 10 people per year, according to Maurer.

“But I think in a few years, we’ll see an exponential rise in that one because we’re now entering the era of commercial spaceflight,” he said.

The crew launch was SpaceX’s fourth for NASA in 1 1/2 years, as well as the company’s fifth passenger flight overall — a charter flight for four people that bypassed the space station. The toilet in the Dragon capsule leaked during its three days in orbit in September, necessitating a quick redesign of the flushing system in the newest capsule, dubbed Endurance by its crew.

After a shaky parachute during Monday’s descent, SpaceX engineers scrutinized the data before approving Wednesday’s launch. According to SpaceX officials, one of the four chutes opened more than a minute late, a problem seen in testing and well within safety limits.

Mauer is one of the crew’s three newcomers. When he first applied to be an astronaut with the European Space Agency, the 51-year-old was a finalist. Encouraged, he quit his research job at a medical company to join the space agency as an engineer, and he was selected as an astronaut in 2015.

— Raja Chari, 44, is an Air Force colonel and the first space rookie in decades to lead a mission to orbit for NASA. A test pilot from Cedar Falls, Iowa, Chari accumulated more than 2,500 hours in fighter jets, including combat missions in Iraq.

— Dr. Thomas Marshburn, 61, will be the oldest person to live aboard the space station and perform a spacewalk. Born in Statesville, North Carolina, he pursued a career in emergency medicine, then joined NASA in 1994 as a flight surgeon. This is his third trip to the space station.

— Kayla Barron, 34, a Navy lieutenant commander from Richland, Washington. She was among the first women to serve as submarine warfare officers. Added to the flight in May, she’s No. 601 in space.

During their six-month stay at the station, they will host two groups of tourists. A Russian film crew recently spent two weeks filming at the station.

Before the launch, NASA tweeted, “NASA and @SpaceX are lighting a big candle in the sky for you tonight.”