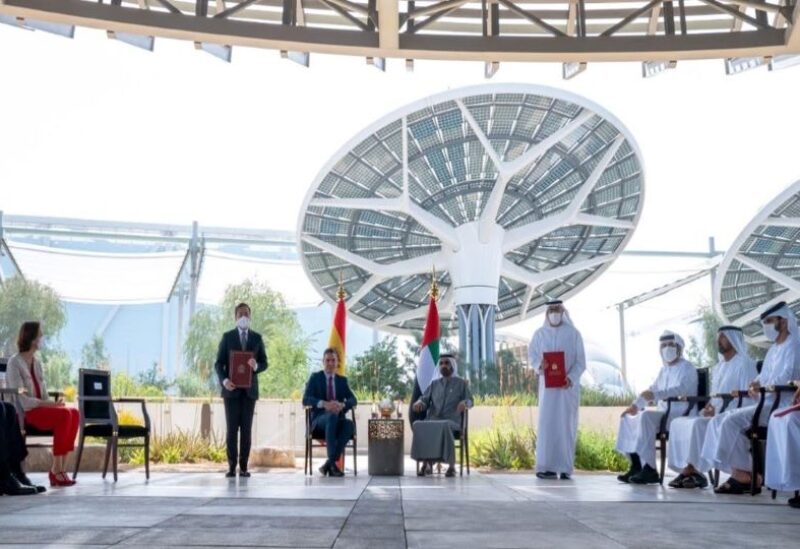 Spain and the United Arab Emirates will develop a strategic relationship to strengthen regional and global stability and human rights, the Spanish prime minister stated on Wednesday at Expo 2020 Dubai.

Earlier in the day, Prime Minister Pedro Sanchez met with UAE authorities and vowed that the two countries will collaborate on strategic and economic issues.

According to Sanchez, the collaboration aims to “contribute to regional and global peace and prosperity, to advance human rights for women and men everywhere,” as well as to address concerns such as climate change.

“We are pleased to be collaborating with Spain on several initiatives in various fields, including commerce, renewable energy, and scientific research, and we hope to expand our collaborative efforts in various areas of mutual interest, such as food security, education, and cultural exchanges,” said Sheikh Al Nahyan.

According to the Spanish Prime Minister, areas of concentration might include green hydrogen generation, energy storage, the circular economy, and data management.

Both presidents praised the use of sustainable technology in the construction of the Spanish pavilion, which highlights the country’s historic relations with the Arab world.

In the UAE, there are around 200 Spanish enterprises functioning in a variety of areas. According to the UAE’s official news agency, WAM, the volume of commerce between the two nations has surpassed AED7.7 billion.