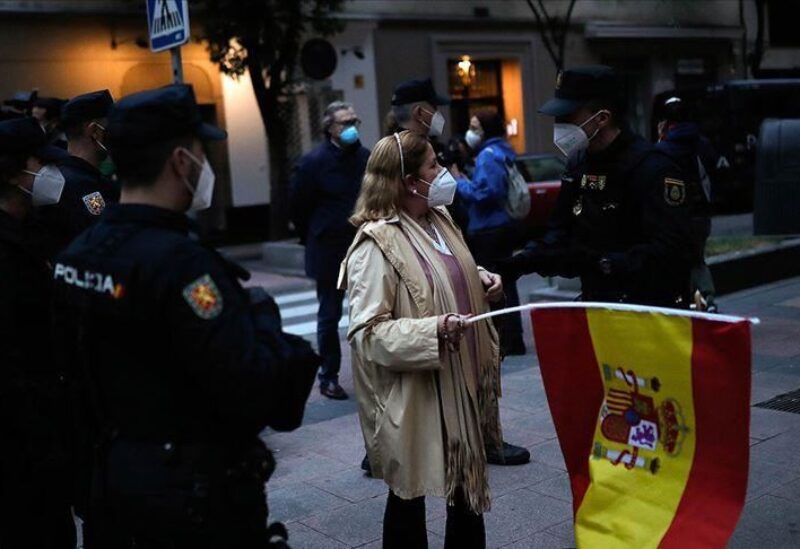 Six months after being permitted to take it off in the street, Spaniards will have to put it back on: in response to an increase in Covid-19 cases, the Spanish government has decided to make wearing a mask in the open air mandatory starting on Thursday.

This is the first step taken by socialist Pedro Sánchez’s administration to slow the spread of the Omicron version of the Covid virus, which is now wreaking havoc around the globe, particularly in Europe.

On Tuesday, Spain, one of the world’s immunization champions, set a national record with 49,823 new Covid-19 cases in 24 hours.

The announcement of the mask’s return came even as an extraordinary meeting was virtually unfolding between Mr. Sánchez and the presidents of the autonomous regions of the country to discuss measures to be taken to curb the spread of the Omicron variant.

“The wearing of a mask is once again compulsory outside,” the Moncloa palace, seat of government, announced in a statement. A decree in this direction will be adopted Thursday during an extraordinary council of ministers, and the measure will therefore be effective for Christmas, which always gives rise to important gatherings conducive to the spread of the virus.

This measure is extremely rare in the world, most countries having lifted this obligation to wear the mask outdoors when a safety distance can be respected.

As the end of the year holidays approach, the government has for several days been under pressure from several regions to take emergency measures against the more contagious Omicron variant, which now represents almost half of the cases in Spain.