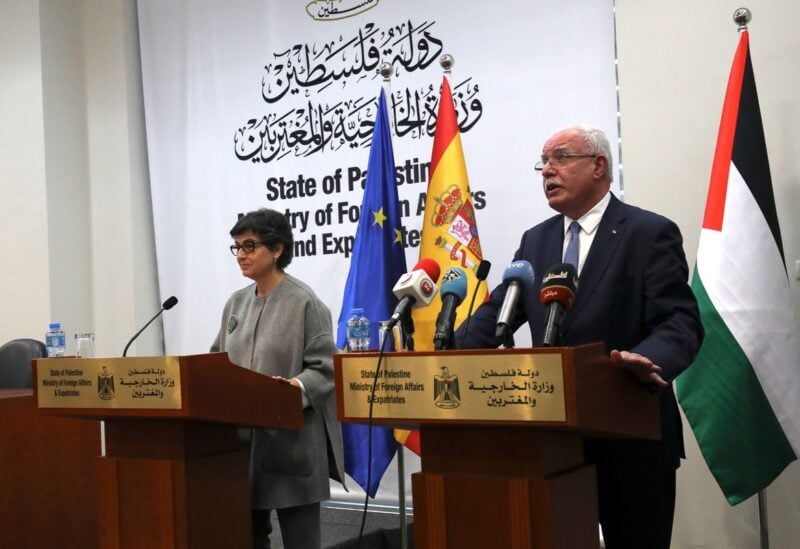 “These elections are crucial for strengthening the democratic process and legitimacy of Palestine institutions and leadership,” Arancha Gonzalez Laya said at a news conference in Madrid on alongside her Palestinian counterpart Riyad al-Maliki.

Palestine is set to hold legislative elections on May 22 and presidential elections on July 31 for the first time in 15 years. Yet, Israel may try to limit voting in East Jerusalem.

“We are worried. We have seen it on the ground, and we are concerned about the actions of Israeli authorities concerning the elections. They have closed places, they have not allowed meetings and arrested candidates,” Al-Maliki said in Spanish.

“We want to address this concern with our friends and allies all over the world, and in particular the European Union. Spain is a very close country to us, which understands the need to hold democratic elections,” he continued.

He did find support in Spain’s foreign minister, who had visited Palestine last December. She said Israel’s move to block the vote in East Jerusalem would violate the Oslo Accords.

She also urged Israel to allow Spanish and EU officials to observe the elections.

“Resolving this conflict is key for the stability of the Middle East, and a stable solution would mean both Israelis and Palestinians would benefit.”

The UN and EU members of the UN’s Security Council have recently released statements calling on Israel to allow Palestinians to vote across all of the Palestinian territories. ​​​​​​​