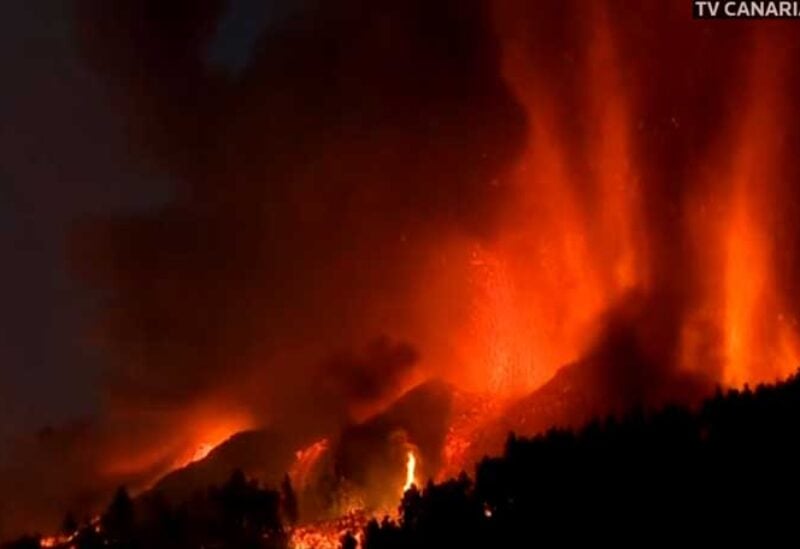 On the island of La Palma, where part of the volcano’s cone fell on Saturday and red hot lava continued to flow over a month after the eruption began, Prime Minister Pedro Sanchez said Spain would speed up relief to the hard-hit agriculture and fishing businesses.

Lava has engulfed about 900 hectares of land, destroying over 2,000 structures as well as numerous banana crops. Since the eruption began on Sept. 19, more than 7,000 people have been forced to flee their homes.

“We are going to make a budgetary modification at the cabinet meeting next Tuesday to speed the arrival of economic resources for both the Employment Plan and help for the entire agriculture and fishing sector,” Sanchez said during his fifth visit to the island since the eruption began.

Sanchez proposed 206 million euro ($239 million) in government support for the island in early October, with the goal of rebuilding infrastructure and increasing employment, agriculture, and tourism.

On Saturday morning, part of the main cone fell, according to the Canary Islands Volcanology Institute. It posted video of heavy ash clouds pouring from the volcano on Twitter.

Reuters footage showed lava engulfing buildings and a dog who appeared to have had a narrow escape after running away from the fast-moving flow.

The eruption has been devastating some of the island’s banana crops, which account for around half its economic output.

Sanchez paid tribute to all those working to tackle the eruption, which has caused no deaths.