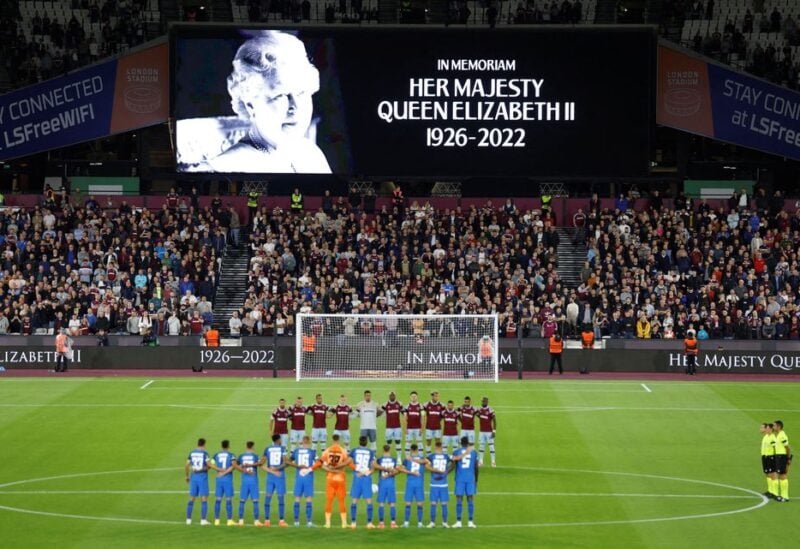 The world of sport responded to the passing of Queen Elizabeth on Thursday by canceling a number of events in the sports of cycling, golf, rugby, and cricket, among others. Others observed a minute of silence in her honor.

The queen, who had ruled Britain for the longest time, passed away peacefully at age 96 in her Scottish home.

The second day of the third and deciding cricket test between England and South Africa at the Oval on Friday was suspended as a mark of respect, while matches in the domestic Rachael Heyhoe Flint Trophy were called off.

“A determination regarding the remainder of this weekend’s scheduled fixtures will be made following a review of the official mourning guidance, in addition to further consultation with DCMS and other sports on Friday morning,” the EFL said.

The Scottish Championship game on Friday between Cove Rangers and Dundee was also postponed by the Scottish Professional Football League.

British media reported that the Premier League is also likely to decide on the weekend’s fixtures on Friday.

At Wentworth, which is hosting the BMW PGA golf Championship, the flagship event of Europe’s DP World Tour, play was suspended on Thursday, and organisers cancelled Friday’s second round.

“She was truly an inspiration to people the world over … no play will take place at the BMW PGA Championship on Friday and the golf course and practice facilities will be closed,” the Tour said in a statement.

Peter Forster, captain of The Royal and Ancient Golf Club, said the queen’s 70-year patronage was a “great honour”.

“Following her accession in 1952, Her late Majesty graciously accepted the Patronage of The Royal and Ancient Golf Club of St Andrews … although not a golfer, Her late Majesty’s 70-year patronage of the club was a great honour for its members,” said Forster.

In cycling, the Tour of Britain called off Friday’s sixth stage before also cancelling the weekend’s remaining stages.

Saracens’ game against Northampton Saints in the Premiership Rugby Cup later on Thursday was postponed while Scottish Rugby has suspended all domestic watches this weekend.

The British Horseracing Authority also suspended all events for two days. Horse racing was the queen’s passion and she was a regular race-goer as well as an owner and breeder of racing stock.

The U.S.-based National Football League observed a moment of silence before the start of the regular-season opening game between the Los Angeles Rams and the Buffalo Bills.

World Athletics president Sebastian Coe hailed the queen for her role in the successful staging of the 2012 London Olympics.

“In the most demanding of roles, she has shown exceptional leadership, grace, wisdom and fortitude, touching us across the full fabric of society, including sport,” said Coe.

“I will never forget her total commitment to the success of the London 2012 Olympic and Paralympic Games.”