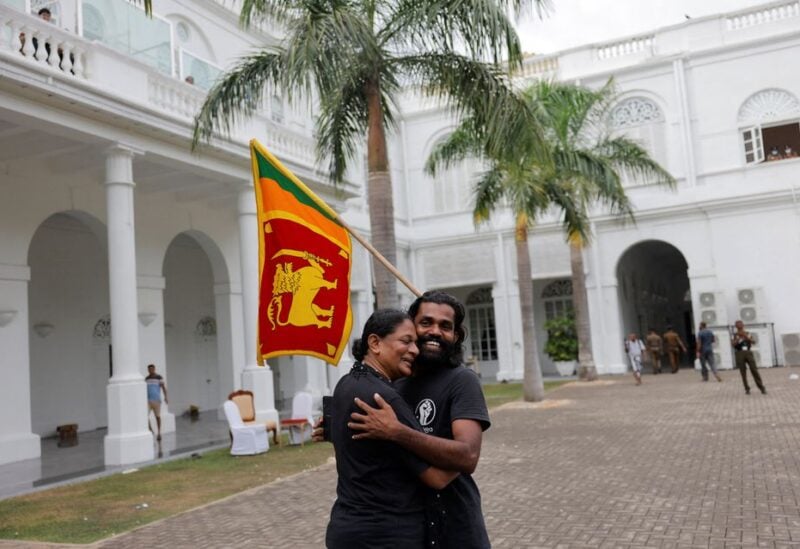 In response to demonstrators breaking into the homes of the incumbent president and prime minister, who have both volunteered to resign facing an economic collapse, Sri Lanka’s parliament will pick a new president on July 20, the country’s speaker announced on Monday.

As defense secretary, Gotabaya Rajapaksa oversaw the savage suppression of the Tamil Tiger insurgents. He is scheduled to step down on Wednesday. As Sri Lanka began to run out of fuel, food, and other necessities in the worst crisis since the country’s 1948 independence from Britain, his brothers and nephew earlier resigned as ministers.

Parliament will reconvene on Friday and will vote to elect a new president five days later, Speaker Mahinda Yapa Abeywardena said in a statement.

“During the party leaders’ meeting held today it was agreed that this was essential to ensure a new all-party government is in place in accordance with the Constitution,” the statement added.

Prime Minister Ranil Wickremesinghe, whose private home was set alight by protesters, has said he will step down. His office said Rajapaksa had confirmed his resignation plans to the prime minister, adding that the cabinet would resign once a deal was reached to form an all-party government.

The political instability could damage negotiations with the International Monetary Fund (IMF) for a rescue package, the central bank governor told Reuters.

Governor P. Nandalal Weerasinghe signalled he would stay on in the job although he had said in May he could resign if there was no political stability in the island nation of 22 million.

Leaders of the protest movement have said crowds will occupy the residences of the president and prime minister in Colombo until they finally quit office. Over the weekend at the president’s house, protesters jumped into the swimming pool, lounged on a four-poster bed, jostled for turns on a treadmill and tried out the sofas. read more

Colombo was calm on Monday as hundreds of people strolled into the president’s secretariat and residence and toured the colonial-era buildings. Police made no attempt to intervene.

“We are not going anywhere till this president leaves and we have a government that is acceptable to the people,” said Jude Hansana, 31, who has been at a protest site outside the residence since early April.

Another protester, Dushantha Gunasinghe, said he had travelled 130 km (80 miles) to Colombo, walking part of the way because of a fuel crunch.

“I’m so exhausted I can barely speak,” said the 28-year-old as he sat outside the president’s office. “I came alone all this way because I believe we need to see this through. This government needs to go home and we need better leaders.”

Police said they had received 17.8 million rupees (about $50,000) found by a group of protesters at the president’s residence on Saturday. A video of the youngsters counting out the cash went viral on social media.

U.N. Secretary-General Antonio Guterres called for a smooth transition of government and “sustainable solutions” to the economic crisis.

Opposition leader Sajith Premadasa, whose Samagi Jana Balawegaya party holds 54 seats in the 225-member parliament, said it was ready to step into the government.

“We as the opposition are ready to provide leadership to stabilise the country and rebuild the economy,” he said. “We will appoint a new president, prime minister and form a government.”

Rajapaksa and Wickremesinghe were not in their residences when the protesters surged into the buildings and have not been seen in public since Friday. Rajapaksa’s whereabouts were not clear, but Wickremesinghe’s media team said in a statement he held a meeting with cabinet ministers at the prime minister’s office on Monday.

Wickremesinghe’s private home in an affluent Colombo suburb was set on fire on Saturday, and three suspects have been arrested.

Constitutional experts say once the president and prime minister resign, the speaker will be appointed as acting president before parliament votes in a new president to complete Rajapaksa’s term that was to end in 2024.

Sri Lankans have mainly blamed Rajapaksa for the collapse of the tourism-dependent economy, which was hammered badly by the COVID-19 pandemic and a ban on chemical fertilisers that damaged farm output. The ban was later reversed.

Government finances were crippled by mounting debt and lavish tax breaks given by the Rajapaksa regime. Foreign exchange reserves were quickly depleted as oil prices rose.

The country barely has any dollars left to import fuel, which has been severely rationed, and long lines have formed in front of shops selling cooking gas. Headline inflation hit 54.6% last month, and the central bank has warned that it could rise to 70% in the coming months.

The political crisis sent government bonds, which are already in default, to new lows. The 2025 bond fell as much as 2.25 cents on the dollar while most were now under 30 cents, or 70% below their face value.

Lutz Roehmeyer of Capitulum Asset Management, which holds Sri Lanka dollar bonds, said an IMF deal could happen this year or next, but for bondholders, a restructuring was likely only in 2024 or 2025, not next year.

“It’s total chaos,” Roehmeyer said. “Expectations are that the transition of power will be more chaotic and it will take longer to strike a deal.”