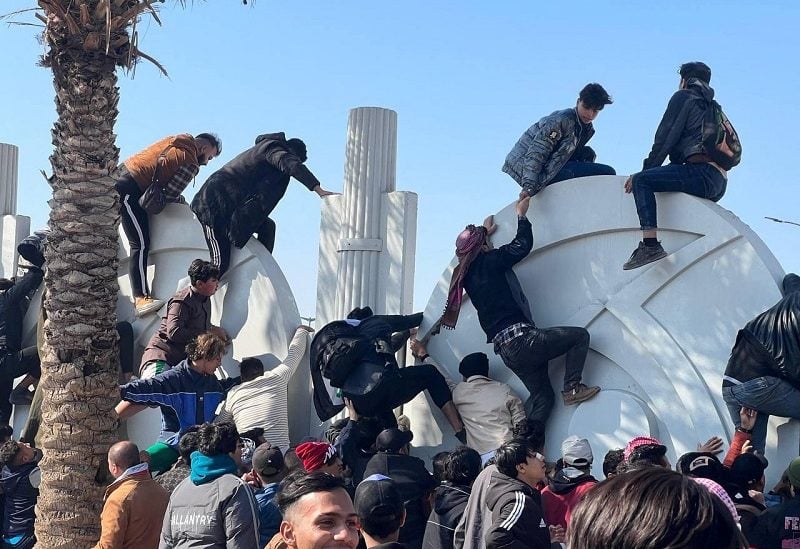 Soccer fans attempt to enter the Basra International Stadium to watch the final match of the 25th Arabian Gulf Cup between Iraq and Oman, in Basra, Iraq January 19, 2023. REUTERS/Mohammed Aty NO RESALES. NO ARCHIVES

One person died and “dozens” were injured in a stampede outside a stadium in Iraq on Thursday where the Gulf Cup final will be played, AFP reported citing medical and security sources.

Thousands of fans without tickets crowded at dawn in front of the gates of the stadium in Basra, in the hope of attending the match between Iraq and Oman from 7:00 p.m. (4:00 p.m. GMT), when the stampede occurred.

“There is one death and dozens of minor injuries,” said a medical source on condition of anonymity.

A Home Office official confirmed the toll, explaining that the crush was due to the “large number of fans, especially people without tickets, who had gathered since morning and tried to enter” the stadium.

According to an AFP photographer inside the sports complex, the gates were closed when the stampede took place. He said he heard the sirens of many ambulances coming to help the injured.

Iraq, a country battered by four decades of conflict, is betting heavily on the 25th Gulf Football Cup in Basra to restore its image after years without being able to organize international meetings because of the security situation.

This is the first time since 1979 that the Gulf Cup, a bi-annual event, has been organized there.

But logistical problems plagued the tournament from the opening ceremony two weeks ago. Thousands of supporters – some with tickets – and accredited journalists were refused access to the stadium without being provided a reason.

The tournament brought together eight countries including Iraq, Kuwait, Oman, Saudi Arabia, Bahrain, Qatar, Yemen and the United Arab Emirates, and Iraq managed to qualify for the final which is to take place on Thursday evening. ——–AFP