Stop Tigray forces ‘once and for all,’ Ethiopia urges citizens 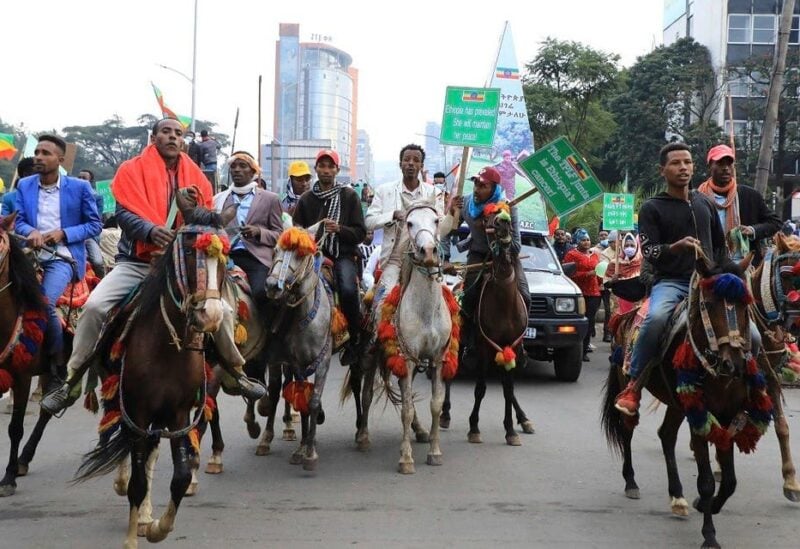 Ethiopia’s government on Tuesday called on “all capable Ethiopians” to join the military and stop resurgent forces from the embattled Tigray region “once and for all,” seemingly abandoning the unilateral cease-fire the government declared in June as its military retreated from Tigray, while deadly fighting now spreads into other regions.

Spokespeople for Prime Minister Abiy Ahmed’s office, the military and the Tigray emergency task force did not immediately respond to questions as Africa’s second-most populous country showed further risk of destabilization at the heart of the Horn of Africa region.

The sharply worded new statement came after weeks of mobilization by Ethiopia’s government, including military recruiting and blood donation drives, as Tigray forces pushed into Ethiopia’s neighboring Amhara and Afar regions. The Tigray forces say they want to secure their own blockaded region, end the fighting and see the prime minister leave office.

But in an interview with The Associated Press last week, spokesman for the Tigray forces Getachew Reda confirmed that their aim in the Afar region is to control a crucial supply line to the rest of Ethiopia from neighboring Djibouti, on a major shipping lane. He called it “part of the game,” saying people in Tigray are starving. “It’s not to spite the other parts of Ethiopia,” he said.

The new statement from the Nobel Peace Prize-winning prime minister’s office also takes aim at some in the international community, blaming them for the “machinations of foreign hands” in the nine-month war, and alleging that some had been caught “red-handed supporting the (Tigray forces) under the disguise of humanitarian aid.”

Thousands of people have been killed in the war since November. This week the United Nations said it was “extremely alarmed” by reports that more than 200 people were killed in attacks on displaced people in Afar.

Ethiopia’s government has blamed the Tigray forces, whose spokesman denied it.

Some 300,000 people have now been displaced outside Tigray as the conflict widens. Inside Tigray, hundreds of thousands face famine conditions in the world’s worst hunger crisis in a decade. Last week the United Nations and the United States sent high-level officials to press Ethiopia’s government for more access to the region.

The new Ethiopian government statement also calls on all Ethiopians to be “the eyes and ears of the country in order to track down and expose spies and agents” of the Tigray forces. Witnesses and lawyers have said thousands of ethnic Tigrayans have already been detained during the conflict for their identity alone.

“The battle is not with Tigray but with the terrorist forces,” the new statement said. Ethiopia’s government earlier this year declared the Tigray ruling party, which long dominated the federal government before Abiy took office, a terrorist group.