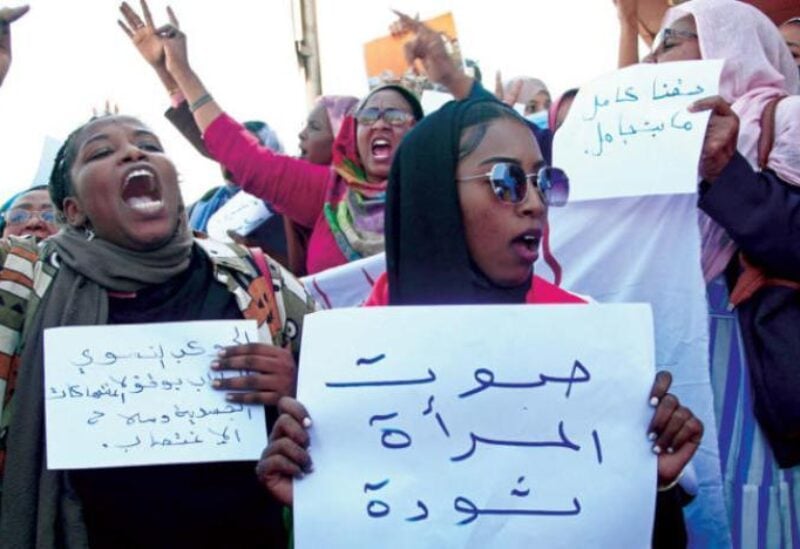 Thousands of women took to the streets in and around Sudan’s capital, Khartoum, on Thursday to protest sexual violence and harassment, including rape by security forces, during a demonstration in front of the presidential palace last Sunday.

This followed the United Nations announcing that 13 Sudanese women and girls were raped at the pro-democracy protest.

Several Western nations, including the United States and the European Union, issued a joint statement Thursday condemning the use of sexual violence “as a weapon to drive women away from demonstrations and silence their voices.”

The statement, also signed by Britain, Canada, Norway, and Switzerland, called on Khartoum to “carry out a full and independent investigation.”

While one demonstration took place in front of the Office of the UN High Commissioner for Human Rights headquarters in Khartoum, another protest with thousands of women and hundreds of men took place in Omdurman.

Despite the UN reporting 13 cases of rape, the Sudanese government unit monitoring violence against women and children documented nine rape or gang rape incidents near the presidential palace in Khartoum.

The victims include a 10-year-old girl that was gang-raped by at least ten men in military uniform.

Neighborhood committees reported that dozens of girls were subjected to harassment and various types of physical and sexual assaults during their detention in police stations.

Pramila Patten, the Secretary-General’s Special Representative on Sexual Violence in Conflict, expressed deep concern over credible reports of serious human rights violations, including the use of rape and gang rape of women and girls, to disperse protesters who had attempted to hold a sit-in close to the presidential palace.

Patten urged the Sudanese authorities to take effective measures to ensure survivors have access to medical, legal, and psychosocial support and to establish accountability mechanisms to prevent the recurrence of such violence, in line with relevant UN Security Council resolutions.

“The perpetrators of these human rights violations must be identified and prosecuted,” said Patten.

“I join the call of the United Nations High Commissioner for Human Rights for a prompt, independent, and thorough investigation into the allegations of rape and sexual harassment,” she added.