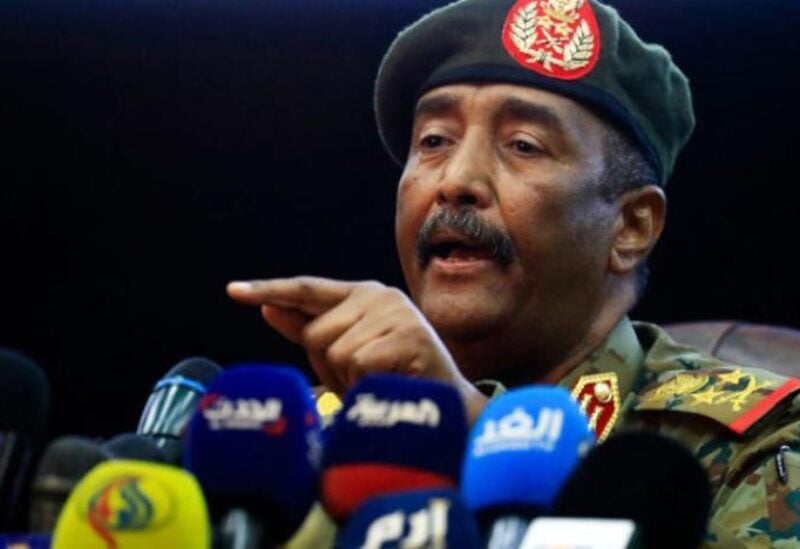 Head of Sudan’s Sovereign Transitional Council General Abdel Fattah al-Burhan said in controversial statements from Darfur that the army will only hand over power to an elected civilian government or if a national consensus is reached.

His remarks were made on Wednesday while presiding over a meeting of the Permanent Ceasefire Committee of the Juba Peace Agreement in El Fasher, the capital of North Darfur state.

Burhan considered completing the security arrangements necessary to avoid destabilizing acts and called on the joint force to protect citizens in Darfur and deter outlaws.

Burhan underscored the importance of directing arms to protect the borders and ensure the safe return of refugees and displaced people to their villages, in light of the regional turmoil.

Upon his arrival in Khartoum, Burhan met with the Special Representative of the United Nations Secretary-General (SRSG) for Sudan and head of the UN Integrated Transitional Assistance Mission in Sudan (UNITAMS) Volker Perthes.

The meeting touched on the current political situation in Sudan, as well as the security situation in the Darfur region, Volcker said in a press statement.

The UN envoy stressed the need to provide a suitable environment to make the ongoing political consultations process successful by ending the violence that accompanies the demonstrations.