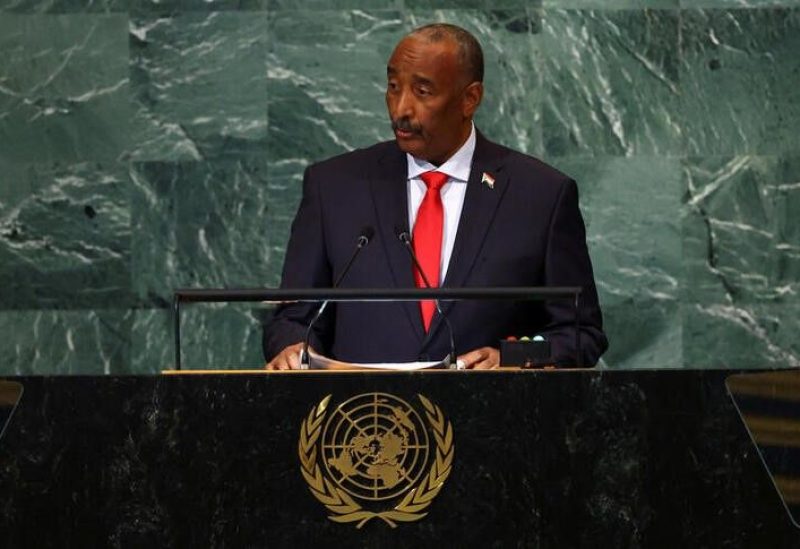 General Abdel Fattah al-Burhan, Sudan’s military leader, confirmed on Sunday that talks on a new political framework for the country were underway, but he warned the former ruling party not to interfere with the military or politics.

Burhan, the head of the country’s Sovereign Council, led a coup a year ago that halted the country’s transition to elections after Omar al-Bashir was deposed after three decades in power.

Reuters reported on Friday that the military had compiled its views on a draft constitution, paving the way for steps towards a new agreement with the country’s political parties.

Speaking to soldiers at an army base north of Khartoum, Burhan confirmed that talks were ongoing.

“We will join hands with anyone who wants to rescue this country,” he said, adding that he would not agree to anything that led to the breakup of the military.

Since the coup, members of Bashir’s banned National Congress Party have staged a comeback in public life and the civil service. Analysts say the military has allowed this as a way to build up a new political and bureaucratic base.

On Sunday, however, Burhan denied that the army supported Bashir’s National Congress Party.

“We warn those that want to hide behind the army, and specifically the National Congress Party and the Islamist Movement,” he said.

“Go away, 30 years are enough, give people a chance,” he added later. “Don’t hold hopes that the army will bring you back.”

“Everyone that was part of the organization that led to the overthrow of the regime in 2019 has the legitimate right for us to stand with them to complete this transitional period towards elections,” Burhan said, adding that other political groups have been included as well in order to increase consensus.