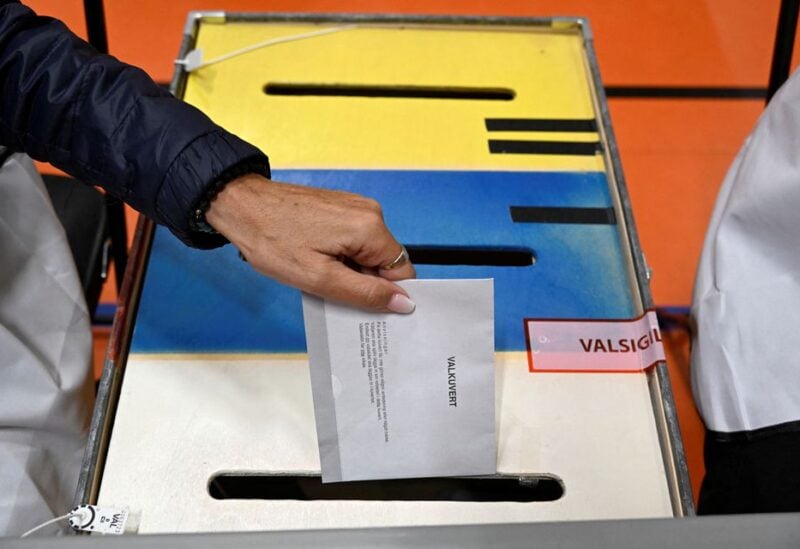 Sweden’s center-left bloc appeared to be on track for a narrow victory over right-wing opponents, according to exit polls released after voting ended on Sunday, though the anti-immigrant Sweden Democrats made gains and could become the second-largest party in parliament.

According to SVT’s poll, Prime Minister Magdalena Andersson’s centre-left bloc received 49.8% of the vote, while the opposition right-wing parties received 49.2%.

Opinion polls have shown the race too close to call throughout much of the campaign and exit polls can differ from the final result. A TV4 poll on election day also showed the centre-left commanding a narrow lead.

The exit poll predicted the centre-left – led by Andersson’s Social Democrats, in power for eight years – would win 176 seats, one more than the 175 needed for a majority in the 349-seat parliament. The right was poised to win 173 seats, the exit poll showed.

“The SVT exit poll has been right every time they since they began doing them,” said Mikael Gilljam, Professor of Political Science at Gothenburg University.

“We don’t know if this is the case this time. But if I have to put money on someone, it will be on the left.”

Campaigning had seen parties battle to be the toughest on gang crime, after a steady rise in shootings that has unnerved voters, while surging inflation and the energy crisis following the invasion of Ukraine have increasingly taken centre-stage.

The SVT exit poll showed Jimmie Akesson’s Sweden Democrats, which demand that asylum immigration be cut to virtually zero, with 20.5% of the vote, up from 17.5% at the previous election.

While law and order issues are home turf for the right, gathering economic clouds as households and companies face sky-high power prices had been seen boosting Prime Minister Andersson, viewed as a safe pair of hands and more popular than her party.

“I have voted for a Sweden where we continue to build on our strengths. Our ability to tackle society’s problems together, form a sense of community and respect each other,” Andersson said after voting in a Stockholm suburb.

Andersson was finance minister for many years before becoming Sweden’s first female prime minister a year ago. Her main rival, Moderates leader Ulf Kristersson, had cast himself as the only candidate who could unite the right and unseat her.

Kristersson has spent years deepening ties with the Sweden Democrats, an anti-immigration party with white supremacists among its founders. Initially shunned by all the other parties, the Sweden Democrats are now increasingly part of the mainstream right.

“Regardless of what happens tonight, the most important thing for me, for us, for all Sweden Democrats around the country, is the darn 175 seats so that we can finally bring about a change of power and our pro-Sweden policy,” Akesson told supporters at an election night rally.

But for many centre-left voters – and even some on the right – the prospect of the Sweden Democrats having a say on government policy or joining the cabinet remains deeply unsettling.

Other voters were keen to see change.

“I have voted for a change in power,” said Jorgen Hellstrom 47, a small business owner, as he voted near parliament. “Taxes need to come down by quite a bit and we need to sort out crime. The last eight years have gone in the wrong direction.”

Kristersson had said he would seek to form a government with the small Christian Democrats and, possibly, the Liberals, and only rely on Sweden Democrat support in parliament. But many on the centre-left were not reassured.

Whichever bloc wins, negotiations to form a government in a polarised and emotionally-charged political landscape are likely to be long and difficult.

Andersson will need to get support from the Centre Party and the Left, who are ideological opposites, and probably the Green Party as well, if she wants a second term as prime minister.