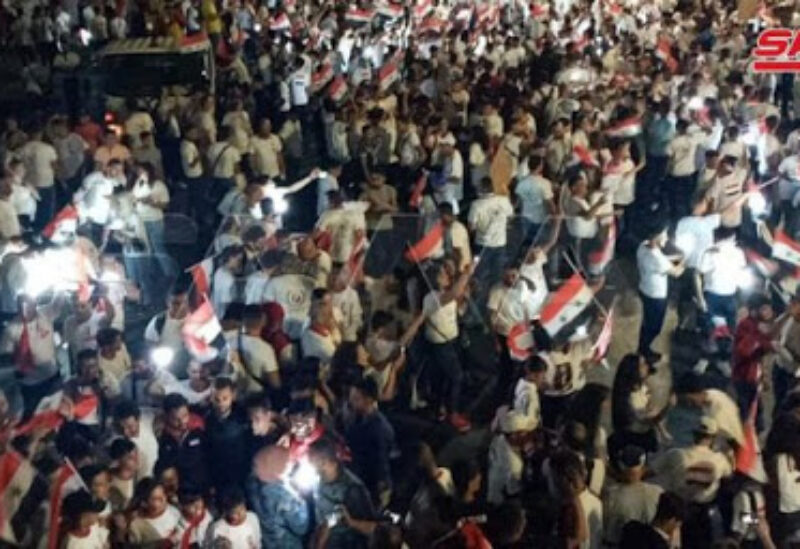 The Syrian government has lambasted the French foreign ministry’s interventionist remarks about the presidential vote in the Arab country, stressing that only Syrians have the final word in the matter and no foreign party is allowed to meddle in Syria’s affairs.

The rebuke came after a French foreign ministry spokesman on Friday claimed that the Syrian presidential elections were “invalid and illegal.”

The Syrian foreign ministry told the official news agency SANA in a statement on Saturday that the election is a sovereign Syrian affair and no foreign party has the right to interfere in it.

“The Syrian Arab Republic considers the statement issued by French foreign ministry spokesman on the presidential elections in Syria as ‘useless’ as these elections are a Syrian sovereign affair par excellence and no foreign party has the right to interfere in it and it is completely not its concern to express its opinions,” SANA quoted an official source at the Syrian foreign ministry as saying.

The source said the huge turnout by the Syrians living abroad at the ballot boxes throughout the world, including in the French capital of Paris, was the most eloquent response to such baseless remarks.

The official source also stressed that the wrong approaches of the French government in Syria can never impede the process of stabilization in the Arab country.

The French government should be well aware that it bears full responsibility, along with other countries hostile to Syria, for the bloodshed and destruction in the country through supporting terrorism and the illegitimate coercive measures imposed on the Syrian people, SANA said.

On Thursday, Syrian expatriates and refugees kicked off voting for Syria’s presidential election slated for May 26, with reports indicating a huge turnout of voters at polling stations in Syrian embassies abroad.

Assad, who secured 88.7 percent of the vote in Syria’s last presidential election in 2014, is widely expected to win a fourth seven-year term.

In a related development on Saturday, thousands of people participated in the “March of Amity” in support of the Syrian president in the capital, Damascus, ahead of the presidential election next week.

The 8,000-strong demonstration lasted over two hours, with people rallying in main streets in Damascus and lighting torches and fireworks.

Similar marches were also held in the eastern province of Dayr al-Zawr and the Kurdish-majority city of Qamishli in Hasakah province.

Syria has been gripped by foreign-backed militancy since March 2011, with Western countries and their regional allies aiding Takfiri terrorist groups that are wreaking havoc in the Arab country.

Syrian forces, backed by Iran and Russia, have managed to win back control of almost all regions from the militants.

The Damascus government has now engaged in a liberation operation in Idlib Province, the last major bastion of terrorists in Syria.