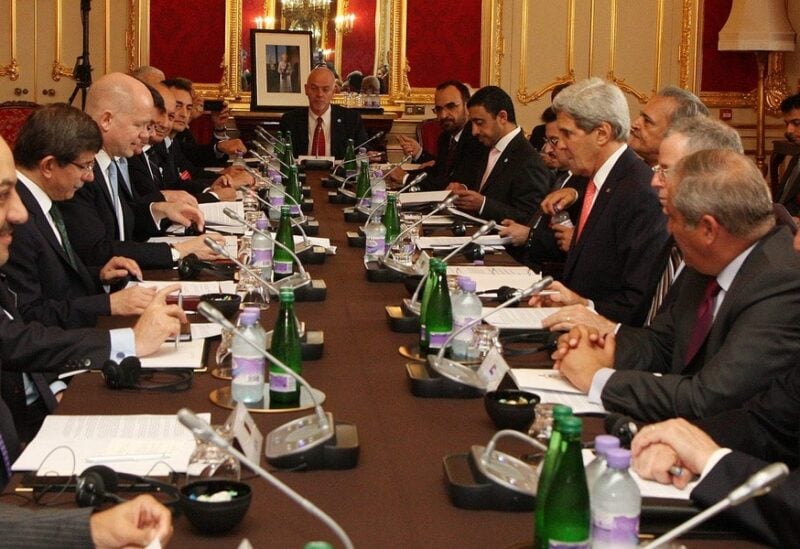 The government and opposition co-chairs of the Syrian Constitutional Committee agreed to develop a new constitution, according to the UN Special Envoy for Syria.

The drafting committee, which includes 45 members from Syria’s government, opposition, and civil society, has been tasked with creating a new basic law that will lead to UN-supervised elections.

Special Envoy Geir Pedersen said the Syrian co-chairs agreed to “plan and start writing constitutional change” after meeting for the first time ahead of the week-long negotiations.

The talks, which will be the sixth in two years and the first for the drafting committee since January, will focus on “clear principles,” he told reporters in Geneva.

“Because the existing constitution lacks separation of powers, it produced an imbalance that was exploited in the wrong manner,” he said at a second news conference on Sunday night.

Each side would put forward proposed texts on issues including sovereignty and rule of law, he said.

Syrian government delegates to the talks did not speak to the media.

Syria’s decade-old war spiraled out of an uprising against President Bashar al-Assad’s rule.

After support from ally Russia, Assad has recovered most of Syria, but significant areas remain outside his control: Turkish forces are deployed in much of the north and northwest and U.S. forces are stationed in the Kurdish-controlled east and northeast.

In January Pedersen, a veteran Norwegian diplomat, said Assad’s representatives had rejected proposals by the Syrian opposition as well as the envoy’s own ideas for moving the constitutional process forward.

“Since then… I have been …trying to be able to establish a consensus on how we are going to move forward. And I am very pleased to say that we have reached such a consensus,” he said on Sunday.

Western diplomats say Russia prodded Damascus in recent weeks to show flexibility in the talks, and Pedersen has made two trips to Moscow in recent months.

“The Syrian Constitutional Committee is an important contribution to the political process but the committee in itself will not be able to solve the political crisis,” he said.