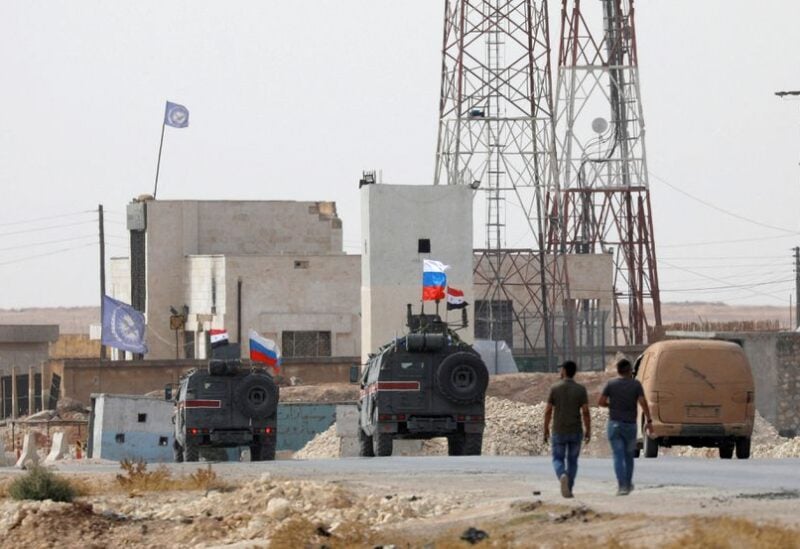 Russia and Syrian government forces have been reinforced in northern Syria, where Turkey is preparing to launch an operation against Kurdish militants, according to Turkish and opposition Syrian authorities.

President Tayyip Erdogan said two weeks ago that Turkey will begin fresh military operations in Syria to establish 30-kilometer (20-mile) deep “safe zones” along the border, with a focus on the Tal Rifaat and Manbij districts, as well as other places farther east.

Russia, which cautioned against military escalation in northern Syria over the weekend, is sending Foreign Minister Sergei Lavrov to Ankara for talks on Wednesday.

The two countries have close ties, and Ankara has attempted to mediate talks over Russia’s war in Ukraine, but their support for opposing sides in Syria may put President Vladimir Putin’s relations with the only NATO member that has not imposed sanctions on Moscow as a result of the invasion to the test.

Erdogan’s stakes are likewise huge. A Turkish onslaught would pose an increased danger of deaths unless it received at least implicit consent from Russia, President Bashar al-main Assad’s backer in the Syrian conflict. At different moments during Syria’s war, Russia and Turkey have restrained each other’s military aspirations, putting them dangerously near to direct confrontation.

There has been no evidence of a large Turkish military buildup in the border region, but rumors of rocket and artillery exchanges have increased in the last two weeks.

Any Turkish action would target the Kurdish YPG militia, which is a significant component of the US-backed Syrian Democratic Forces (SDF), which controls vast portions of northern Syria and is viewed as an essential ally against the Islamic State. Ankara regards it as a terrorist organization and a branch of the insurgent Kurdistan Workers Party (PKK).