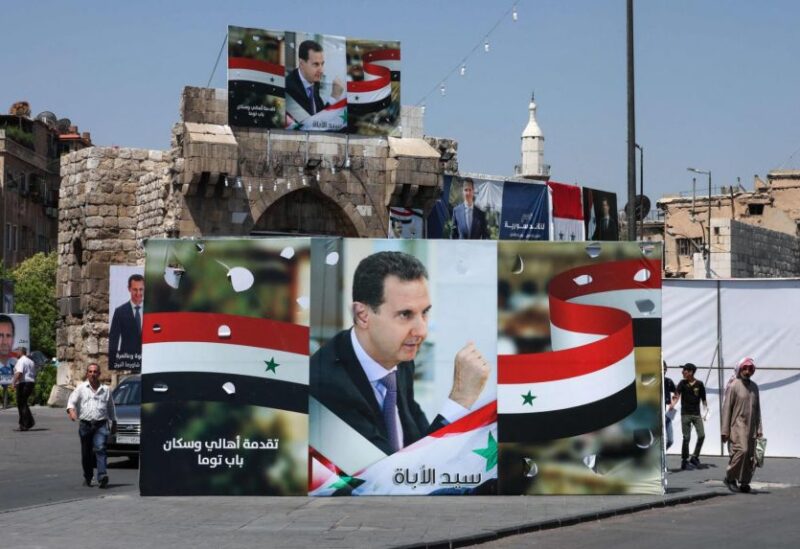 Polling stations opened on Wednesday across the Syrian territories in a presidential election that is due to usher the incumbent Syrian President Bashar al-Assad into a 4th term in office.

The Syrian government has said the election shows the country is functioning normally despite a decade-old war, but the opposition and Western countries consider it as merely rubber-stamping Assad’s grip on power. Assad is running against 2 obscure candidates.

In Damascus University’s Faculty of Arts, hundreds of students lined up to cast their ballots, with multiple buses parked outside.

Amal, a nursing student, said “we came to elect president Bashar al-Assad…without him Syria would not be Syria.”

“With our blood and soul we sacrifice our lives for you Bashar,” other students chanted ahead of the opening of the polling station.

Bashar al-Assad first took power in 2000 following the death of his father Hafez, who had ruled for 30 years before that.

Bashar’s rule has been defined by a decade-long war that broke out after peaceful demonstrations against his authoritarian rule in 2011. The conflict has claimed hundreds of thousands of lives and driven 11 million from their homes, about 50% of the country’s population.

In a statement on Tuesday, the foreign ministers of Italy, Germany, France, Britain and the United States criticized Bashar al-Assad, saying the elections would not be free or fair.