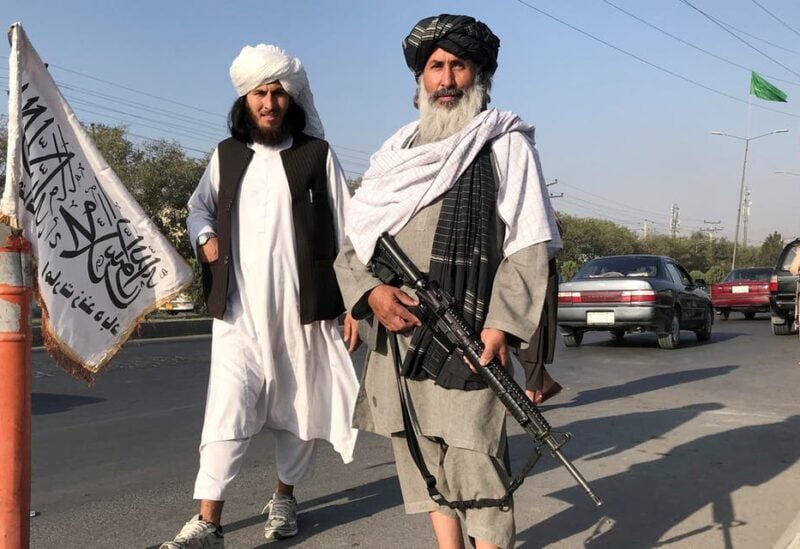 It is unlikely that the Taliban will cut ties with al-Qaeda in Afghanistan, instead preferring to try to seek to control the terrorist group’s actions, according to a risk analyst.

Speaking to Al Arabiya English, a senior fellow with Trends Research and Advisory Dr. Kristian Alexander said that the Taliban want to consolidate their grip on Afghanistan and will not want to provoke an attack from outside of its borders.

“At this point it [the Taliban] will surely not encourage or allow al-Qaeda in Afghanistan to stage attacks abroad,” Alexander added.

He noted that there are not that many al-Qaeda fighters in Afghanistan but claimed members of the top leadership are being harbored by the Taliban.

“The Taliban’s association with al-Qaeda is ongoing and has persisted despite them promising to prevent terrorist groups from training and fundraising on their territory,” Alexander said. “Al-Qaeda fighters and Taliban have forged close family ties and mutual bonds, and they have fought alongside Taliban troops in certain instances.”

Alexander pointed out that between the two factions, al-Qaeda is now a much smaller group with few resources. It is dependent on its hosts and are the weaker part in the relationship.

“I think that the Taliban will strategically deal with al-Qaeda and will seek to control their actions (but not cut ties) due to a possible resentment this might eventually create within the Jihadist community,” he explained.

Simon Henderson from the Washington Institute for Near East Policy told Al Arabiya English that “it will be interesting to see if they [the Taliban] have learned the lessons for hosting al-Qaeda and Osama bin Laden.”

“If the Taliban openly host al-Qaeda, they will be diplomatically rejected by many countries. I doubt whether they want that,” Henderson said.

Although al-Qaeda will not dare strain their relationship with the Taliban, Alexander said, he admitted that the “dynamics might change months from now, but at this point they are going to maintain a close relationship.”