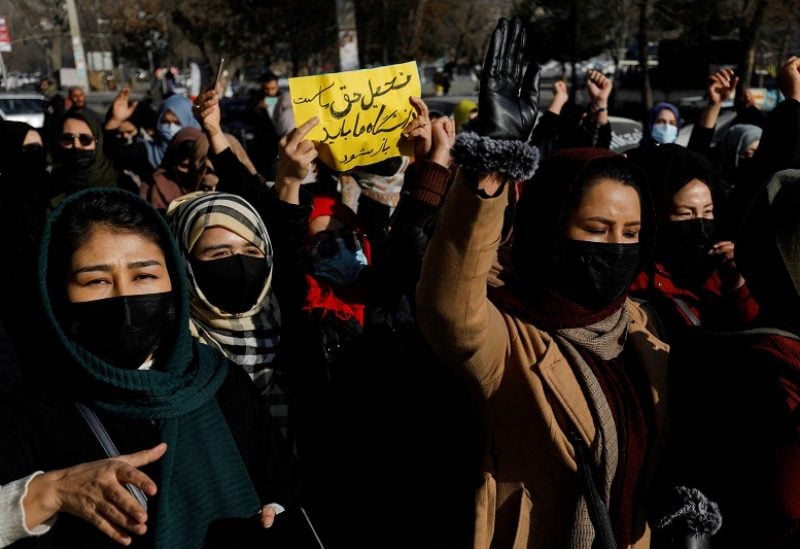 Afghanistan’s Taliban-run administration has doubled down on its stance, after the announcement of its decision regarding banning women students from studying at universities.
Nida Mohammad Nadim, Afghanistan’s acting higher education minister in his first comments since the announcement of the blanket ban said women were not adhering to the Taliban’s interpretation of the Islamic dress code which prompted the decision.
“They didn’t observe Hijab (Islamic female dress code), they were coming with the clothes that mostly women wear to go to a wedding,” said Nadim in an interview.
Nadim also refused to accept any international criticism and said the ban order was Afghanistan’s internal matter and that foreign nations should stop interfering.
Taliban’s statement comes on the same day when 50 women dressed in hijabs gathered in the capital city of Kabul for a peaceful protest. However, the Taliban security forces attacked the protest and managed to disperse the demonstrators.
According to local news agencies, several women were beaten up and journalists covering the protest were also detained.
US Secretary of State Antony Blinken, speaking at an end-of-the-year news conference, took a gloomy look at the recent developments in Afghanistan.
Blinked said the Taliban was sentencing the Afghani women ‘to a dark future without opportunity’ after announcing the ban.
“Taliban have tried to sentence Afghan women to a dark future without opportunities. No country will be able to succeed much less thrive if half of its population doesn’t have the opportunity to contribute,” said Blinken.
“The bottom line is that no country is going to be able to succeed, much less thrive, if it denies half its population the opportunity to contribute. There are going to be costs if this is not reversed.”
After Taliban took over Afghanistan by scurrying the US security forces away, it promised to take a softer stance regarding women’s education in the country.
However, after accumulating good PR, the Taliban resorted to its default setting. The recent ban on university education for women is a gradual escalation by the terror outfit after it set up gender-segregated classrooms and entrances and only allowed women students to be taught by professors of the same sex or old men.