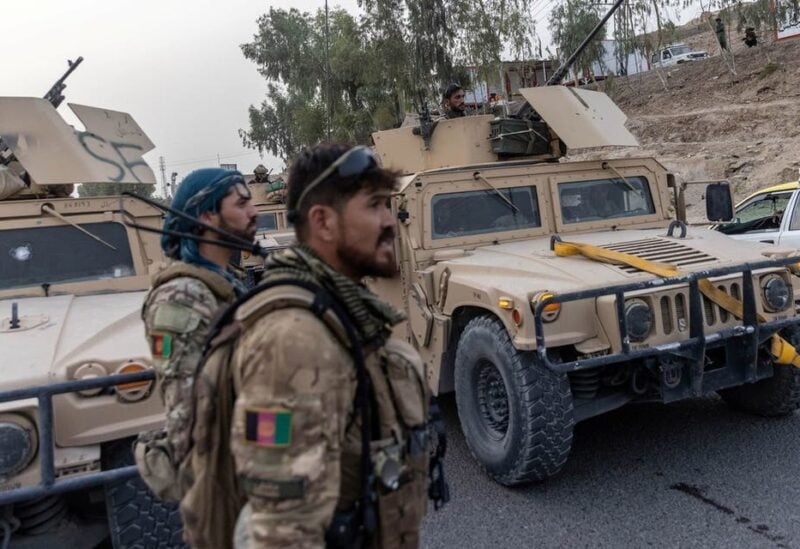 A convoy of Afghan Special Forces is seen during the rescue mission of a policeman besieged at a check post surrounded by Taliban, in Kandahar province, Afghanistan, July 13, 2021. (Reuters)

A Taliban official said that fighters in the Afghan capital, Kabul, started collecting weapons from civilians on Monday because people no longer need them for personal protection.

“We understand people kept weapons for personal safety. They can now feel safe. We are not here to harm innocent civilians,” the official told Reuters.

City resident Saad Mohseni, director of the MOBY group media company, said on Twitter that Taliban soldiers had come to his company compound to enquire about the weapons kept by his security team.