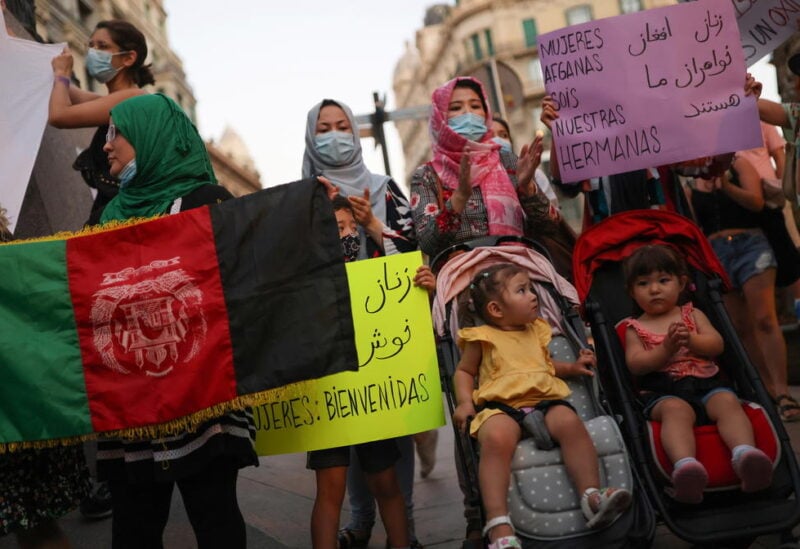 As they held their first formal news briefing since their lightning takeover of Kabul, the Taliban declared they wanted peaceful relations with foreign countries and would respect women’s rights within the confines of Islamic law.

The Taliban remarks, which were brief but suggestive of a milder stance than under their reign 20 years ago, came as the US and Western partners continued evacuating diplomats and civilians the day after images of mayhem at Kabul airport as Afghans thronged the runway.

A White House official said military flights had evacuated about 1,100 Americans from Kabul on Tuesday.

As they consolidated power, the Taliban said one of their leaders and co-founders, Mullah Abdul Ghani Baradar, had returned to Afghanistan for the first time in more than 10 years. Baradar was arrested in 2010, but released from prison in 2018 at the request of former U.S. President Donald Trump’s administration so he could participate in peace talks.

Women would be allowed to work and study and “will be very active in society but within the framework of Islam,” he added.

As they rushed to evacuate, foreign powers assessed how to respond after Afghan forces melted away in just days, with what many had predicted as the likely fast unraveling of women’s rights.

“If (the Taliban) want any respect, if they want any recognition by the international community, they have to be very conscious of the fact that we will be watching how women and girls and, more broadly, the civilian community is treated by them as they try to form a government,” U.S. Ambassador to the United Nations Linda Thomas-Greenfield told MSNBC on Tuesday.

U.S. President Joe Biden and British Prime Minister Boris Johnson said they had agreed to hold a virtual meeting of Group of Seven leaders next week to discuss a common strategy and approach to Afghanistan.

During their 1996-2001 rule, also guided by Islamic sharia law, the Taliban stopped women from working. Girls were not allowed to go to school and women had to wear all-enveloping burqas to go out and then only when accompanied by a male relative.

The U.N. Human Rights Council will hold a special session in Geneva next week to address “serious human rights concerns” after the Taliban takeover, a U.N. statement said.

Ramiz Alakbarov, U.N. humanitarian coordinator for Afghanistan, told Reuters in an interview the Taliban had assured the United Nations it can pursue humanitarian work in Afghanistan, which is suffering from a drought.