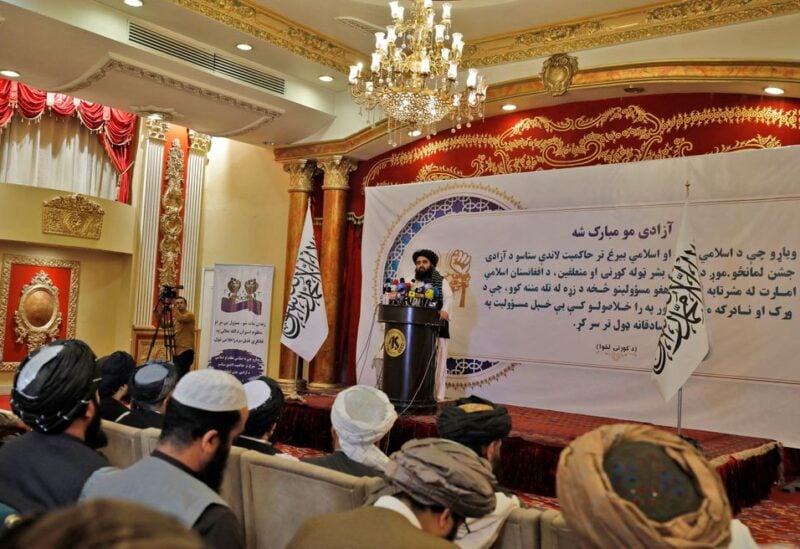 Afghanistan’s Taliban released American engineer Mark Frerichs on Monday in return for an Afghan tribal leader affiliated to the Taliban who the US had jailed on drug charges since 2005, according to the group’s acting foreign minister.

Acting Foreign Minister Amir Khan Muttaqi told a news conference in Kabul that Frerichs was switched at the airport with Bashir Noorzai.

“The Islamic Emirate of Afghanistan is ready to solve problems by negotiation with all including the United States,” Muttaqi said, referring to the Taliban.

Frerichs is an engineer and U.S. Navy veteran from Lombard, Illinois, who worked in Afghanistan for a decade on development projects. He was abducted in February 2020.

The United States has no official representation in Afghanistan and U.S. government officials elsewhere were not immediately available for comment.

The United States has been pushing for the release of Frerichs, including after the Taliban took over Afghanistan in August 2021, as U.S.-led foreign forces were withdrawing.

U.S. officials have said his case would influence their view on the legitimacy of a Taliban-led government. No foreign government has formally recognised the Taliban, in part due to the group’s restriction of most girls from education.

Noorzai briefly addressed the news conference at a Kabul hotel, alongside Muttaqi and the Taliban’s acting deputy prime ministers.

“I am proud to be in the capital of my country among my brothers,” he said.

The tribal leader had longstanding ties to the Taliban.

Noorzai’s lawyer had denied his client was a drug dealer and argued the charges should be dismissed because U.S. government officials duped him into believing he would not be arrested.