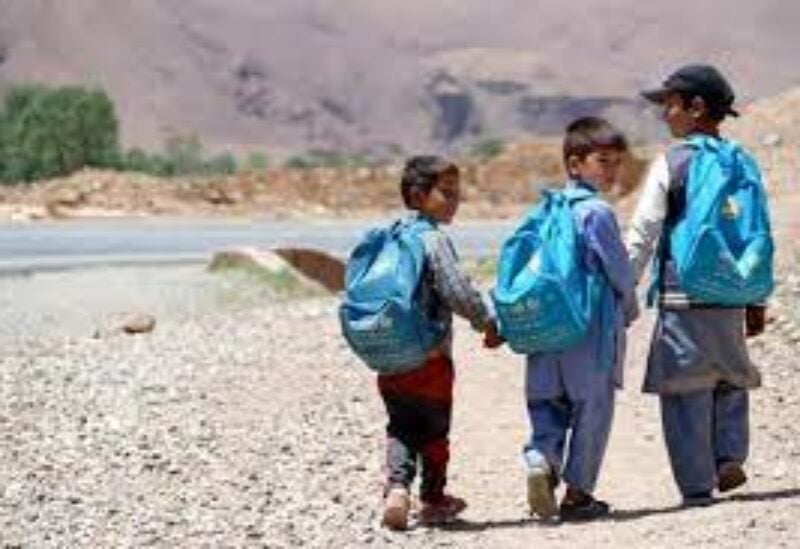 The Taliban government announced that Afghan boys will return to school from Saturday, but did not mention girls, leaving them in limbo, reported the Guardian.

The hardline Taliban made the announcement on Friday, only stating that male students and teachers should return. “All male teachers and students should attend their educational institutions,” the statement said.

Afghans spoke to the BBC, reacting to the Taliban’s effective ban on girls returning to secondary education.

One Afghan schoolgirl, who had dreams of being a lawyer said: “Everything looks very dark. Every day I wake up and ask myself why I am alive? Should I stay at home and wait for someone to knock on the door and ask me to marry him? Is this the purpose of being a woman?”

A sixteen-year-old Kabul based school girl said: “I wanted to become a doctor! And that dream has vanished. I don’t think they would let us go back to school. Even if they open the high schools again, they don’t want women to become educated.”

Although the Taliban claim their laws follow a strict code of Islam, the Quran actually encourages women’s education, saying there is an ‘Islamic duty’ to seek knowledge, and there has been a proud tradition of female scholars in the Islamic world for centuries.

The Prophet Mohammed’s (PBUH) wife Aisha, a woman, is considered a celebrated Muslim scholar and revered in the religion as an educator.

Kate Clark, co-director of the Afghanistan Analysts Network told the Guardian: “Education and literacy are so strongly valued in Islam that the Taliban could not ban girls schools on Islamic grounds, so they always said they would open them when security improved. It never did. They never opened the schools.”

Although the Taliban have ‘allowed’ women to return to university education, the strict rule of separating genders could cripple some universities, which do not have the resources to provide separate classes.

If young girls are banned from secondary education, they will not be able to proceed to higher education.

This comes after the Taliban’s PR offensive to appear as a legitimate government, where they promised to honour the human rights of women ‘within an Islamic framework’, which was not clearly defined.

The Taliban recently banned women from participating in sports, claiming it was ‘not necessary’ for them to compete, with the Afghan national women’s football team fleeing to Pakistan.

Despite the Taliban’s assurances, there have been reports of women being prevented from returning to work, whereas their male counterparts have been allowed to.