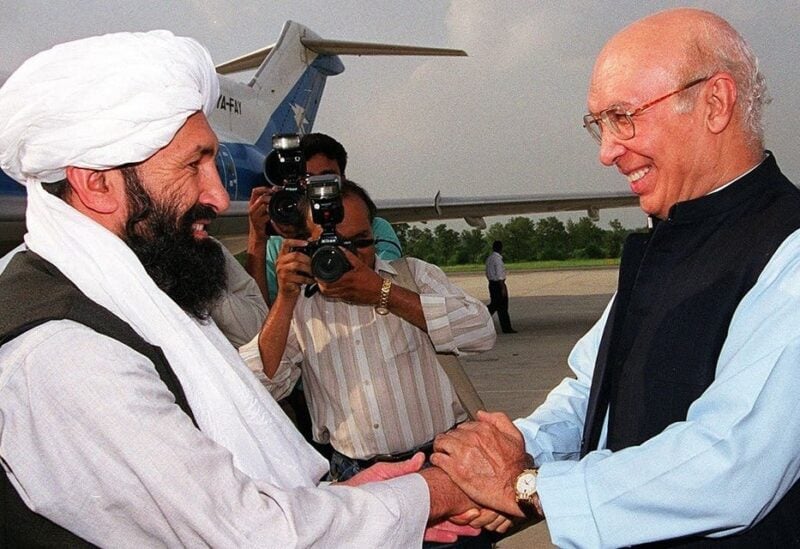 The Taliban named Sirajuddin Haqqani, whose organization is on a US terrorism list, as interior minister on Tuesday.

The newly appointed interior minister is one of the FBI’s most wanted men, due to his involvement in suicide attacks and ties with al-Qaeda. The US State Department has offered a reward of up to $10 million for information leading to his arrest.

Haqqani is the son of the founder of the Haqqani network, Jalaluddin Haqqani, designated as a terrorist organization by the US.

Initially backed by the US as one of the most effective anti-Soviet militia in the 1980s, the semi-autonomous group was blamed for some of the deadliest attacks on coalition forces.

The network, whose exact status within the Taliban structure is debated, has been named a Foreign Terrorist Organization by the United States although the Taliban itself has not.

The United Nations Sanctions Committee has said the group, based in the lawless frontier areas between Afghanistan and Pakistan, has close involvement in drugs production and trade.

Mohammad Hassan Akhund, one of the movement’s founders, named the prime minister, is on a UN blacklist.

Afghans who enjoyed major progress in education and civil liberties over the 20 years of US-backed government remain fearful of Taliban intentions and daily protests have continued since the Taliban takeover.

The United Nations has said basic services are unravelling in Afghanistan with food and other aid about to run out. More than half a million people have been displaced internally in Afghanistan this year.