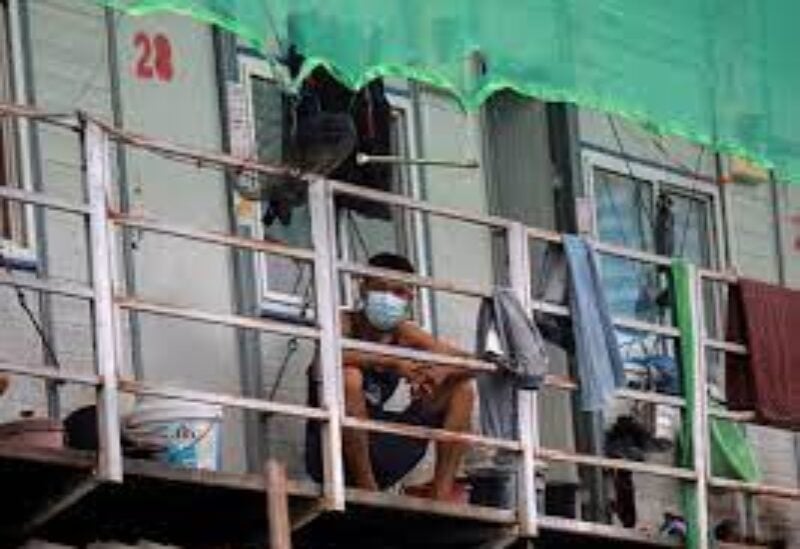 As Thailand grapples with its deadliest outbreak to date, a series of coronavirus clusters among construction workers in Bangkok, including the first local cases of the strain first detected in India, has renewed attention on migrant labor rights.

Migrant workers have been critical during Bangkok’s decade-long construction boom, but advocacy groups say they receive little help from the government and their employers. To save space, many students live on campus in overcrowded dormitories.

City authorities have prohibited movement of workers at such camps after 11 were among 30 active clusters in the capital.

There are around 409 workers’ camps around Bangkok where authorities say 62,169 workers live, about half who are migrant labor.

“Many were not confident that they can come in for tests and not be arrested.”

The International Organization for Migration estimates that there are 4 million to 5 million migrant workers in Thailand, many working in construction, manufacturing and seafood industries.

Workers from Myanmar were among those worst-hit by Thailand’s previous coronavirus outbreak in December, the epicenter of which was a province near Bangkok with a high concentration of migrant laborers.

There are also concerns that illegal border crossings are undermining the country’s strict quarantine system for arrivals in the country.

Authorities tightened border crossings over the weekend after three local cases of the COVID-19 variant, which was first detected in South Africa, were discovered, all of which were linked to illegal entry.

Thailand is dealing with its worst epidemic yet, fueled by another highly transmissible variant, B.1.1.7, first discovered in the United Kingdom and believed to have reached Thailand through an illegal border crossing from Cambodia, according to authorities.

According to the defense ministry, almost 33,000 unauthorized migrants have been apprehended since July 2020.